A tale of Apple, Samsung and Google... 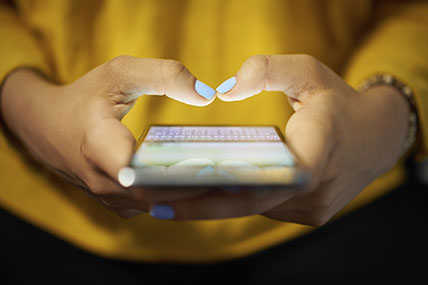 In September 2016, as the world awaited the release of iPhone 7, the anticipated absence of the headphone jack was all anyone was talking about. The press warned it could spell the end of Apple, tut-tutting that not only would no one want a phone that lacked a 3.5 mm audio jack, but that the company’s pending announcement did not have the same “wow” factor of full version upgrades of the past.

As often happens, buyers demonstrated that the pundits were wrong and was Apple right.

Actual sales numbers for Q4 2016 showed iPhone 7 to be the best-selling phone in the US, Great Britain, Urban China, France, Germany, Japan, and Australia. This boosted Apple’s market share higher than during the fourth quarter of 2015 when iPhone 6s was the flagship device.

Perhaps Apple’s greatest strength during Q4 2016 was in convincing consumers to choose the iPhone 7 Plus – with a larger 5.5-inch screen and dual camera lens – at a higher price point than the 4.7-inch iPhone 7.

However, there were a few cracks in the façade.

Through November, iPhone 7/7 Plus customer satisfaction was trending lower than the same period in November 2015, when iPhone 6/6s Plus was released. Among early iPhone 7/7 Plus owners, 85% said they were “very” satisfied vs. 87% of early iPhone 6s/6s Plus buyers. That difference was small, and it reversed by December 2016 when 89% of customers were “very” satisfied with iPhone 7/7 Plus vs. 85% of iPhone 6s/6s Plus customers a year earlier. Perhaps the lack of the round headphone jack simply took some getting used to.

The battery issues in the Samsung Galaxy Note 7 could not have come at a worse time for Samsung. In an attempt to beat iPhone 7/7 Plus to market, Samsung hurriedly released the Note 7, and it was soon plagued by two different battery issues that ultimately led to its complete recall. On October 10, 2016, Samsung ceased production of the Note 7, three weeks after the launch of iPhone 7, and within a week of Google’s announcement of its Pixel and Pixel XL phones.

Everyone predicted this debacle would spell doom for Samsung mobile. As it turned out, the Note 7 problems have not hurt Samsung badly at all. Samsung sales in the US stayed nearly the same year-over-year, and the company remained the second largest brand in the US with 28.5% of smartphone sales in Q4 2016.

The Galaxy S7, which was occasionally mistaken for the Note 7 in some FAA airline safety notices, was the third-best selling device in the market. Deep holiday discounts and extras prompted 34.5% of Galaxy S7 buyers in Q4 to cite exclusive phone promotions and offers as their primary purchase influencer, higher than the 29% of consumers who mentioned this during launch quarter in Q2.

Of course, Samsung did not come out completely unscathed. Loyalty to the brand in the USA in the fourth quarter was 62%, the lowest level seen since before the launch of the Galaxy S6 in the first quarter of 2015, when it was 58%. Intention to purchase was down as well, with 32% of smartphone owners planning to purchase a device in the next six months intending to buy a Samsung, down from a high of 40% in January 2016.

The announcement of the Samsung S8 and whatever features it come with it might be enough to bring these numbers back up, as the Note 7’s past difficulties fade from the collective memory.

Google’s new line of Pixel phones was touted as an iPhone killer, or a Samsung killer, depending on which exaggerated October 2016 story you happened to read. Google did well, achieving 2% of smartphone sales with the Pixel and Pixel XL in Q4 2016. Now, 2% may not seem like much, but Pixel is already outselling some of the more established brands in the USA, including Alcatel, HTC, Huawei, and Microsoft. For Verizon, Pixel sales were on par with LG and Moto, capturing a 5% share, while LG and Moto each stood at 6%.

With Apple and Samsung capturing a combined 73% of US sales, Pixel may not be the predicted iPhone or Samsung killer, but it is certainly giving other struggling Android brands a run for their money. With production of the Pixel 2 rumored to have begun, it will be interesting to watch how Google evolves the Pixel, and how they take on the big competitive 2017 releases, such as the Samsung S8, and whatever name Apple gives its next iPhone.

Looking Ahead to Mobile World Congress 2017

MWC 2017 will probably not provide many clues into the future of the big brands or their products. Apple does not attend MWC, Samsung will not be announcing the S8, and it is too early to say when the next Pixel models will be released.

What we expect to see this year is a launch from LG as it struggles to maintain brand share worldwide, recently dropping to 10% of smartphone sales in the US. The LG G6 will be a follow-up to the interesting but not well executed G5, and word is that the G6 will abandon the G5’s modular concept.

Motorola is expected to launch the Moto G5, a continuation of the successful G series, and the best-selling phone in Latin America, plus the successor to the Moto’s best-selling device in the USA, the G4.

As it continues to strive to become the second largest smartphone brand in the world, Huawei may announce a couple of new devices. This includes the P10, which, along with the older P8 and P9, has propelled Huawei to the top brand position in China, and helped it become successful in continental European markets.

The list of vendors expected to announce new smartphones at MWC continues to grow, but noticeably absent this year is Xiaomi, currently the third largest brand in China and a strong presence in India.

It all unfolds in Barcelona on February 27. Stay tuned for some potential surprises.