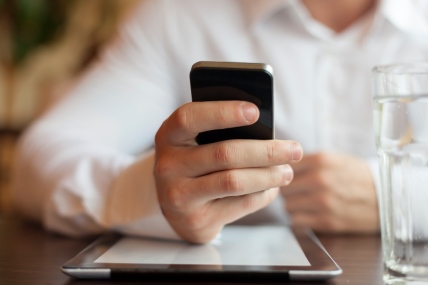 Appleâs iOS reached its highest ever share in urban China with one in every four smartphones sold being an iPhone.

The latest smartphone sales data from Kantar Worldpanel ComTech, for the three months ending in January 2015, show that Apple’s iOS reached its highest ever share in urban China with one in every four smartphones sold being an iPhone.

"Leading into Chinese New Year, Apple iPhone 6 and 6 Plus drove sales to an unprecedented high in urban China with iOS’ share of the smartphone market reaching 25.4% – a 4.5 percentage point increase over the same period in 2014", reported Carolina Milanesi, chief of research at Kantar Worldpanel ComTech. “Across key global markets Apple’s momentum generally continued from last month, although Android was able to slow down the decrease in share in some countries such as Germany, Spain and France where its sales had started to look like they were in free fall.”

“In urban China, Apple iPhone 6 was the best selling phone in the three months ending in January with a share of 9.5%”, explained Tamsin Timpson, strategic insight director at Kantar Worldpanel ComTech Asia. “Xiaomi had several smartphones in the top 10 chart with the RedMi Note its best selling device and the second most popular product behind the iPhone 6 which has a share of 8.9%”. Over the past three months, Apple continued to close the gap with Xiaomi, which remained the leading brand in urban China but with only a 2.2 percentage point advantage.

Across Europe, Android’s share declined by 2.2 percentage points year-on-year to 67.2% while iOS rose by 3.2 percentage points. “Great Britain was once again the market that recorded the sharpest drop in Android share”, said Dominic Sunnebo, business unit director at Kantar Worldpanel ComTech Europe. “However, a more stable performance by Samsung was able to hold share quarter-on-quarter and an improved performance by Motorola and HTC helped overall Android sales”. In Britain, Samsung’s Galaxy S5 was the second best selling smartphone with a share of 8.0%, just under half that of the iPhone 6 at 17.6%. The iPhone 6 was also the best selling smartphone in France, Germany, Italy and Japan.

After losing its top spot to iOS in the holiday quarter of 2014, Android bounced back in the US with a share of 51.9%. “Samsung was able to take its share to levels similar to January 2014 and LG also grew its share of sales year-on-year”, added Milanesi. The Galaxy S5 remained the second best selling smartphones with half the share of the iPhone 6 which held its number one position. In the latest period 13.9% of iOS customers in the US switched over from an Android device – up from 12.1% in the three-month ending in December.

“As vendors flocked to Mobile World Congress this week to showcase their latest products it is noticeable how many have decided to focus on the mid-tier as success at the high-end appears more and more unattainable”, Milanesi concluded. “However, while mid-tier consumers might be more accessible than high-end ones, manufacturers will have to work harder than ever to stand out in an increasingly crowded marketplace.” 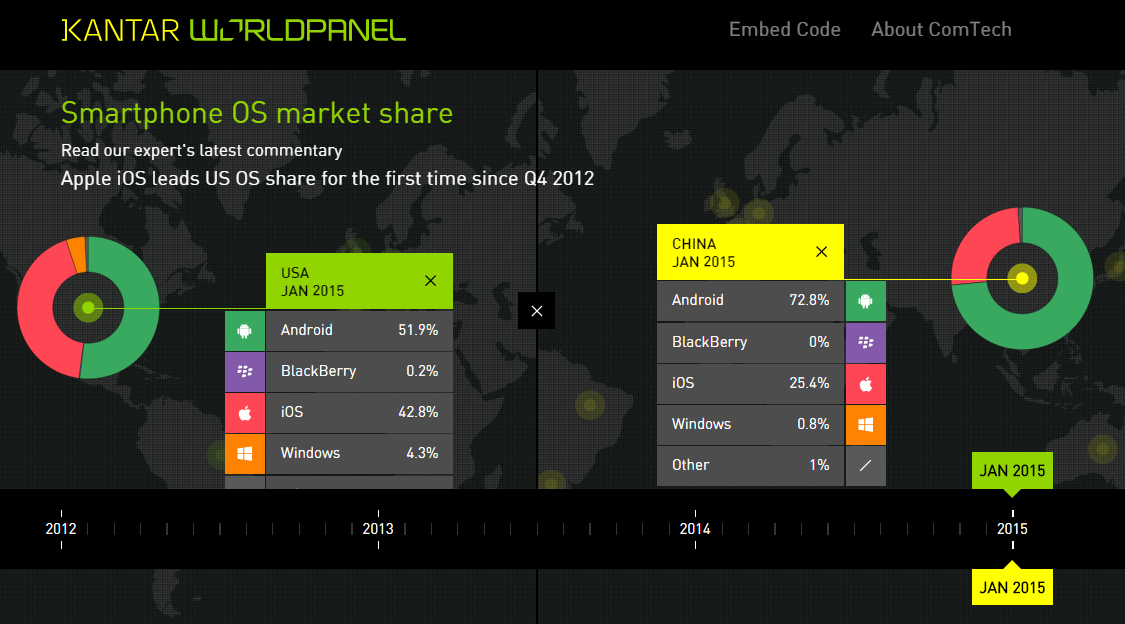