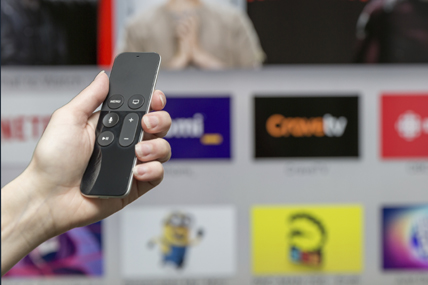 The latest data from Kantar Worldpanel, for the 12 weeks ending 10 April 2016, reveals that physical entertainment retailers are continuing to take market share from the online players. In the first quarter of 2016 high street and grocery stores accounted for 69.8% of entertainment spend – up from 67.5% last year.

Across the physical entertainment industry music was the best performing category this quarter, with growth relatively flat at -1%. In contrast games fell by 8% while video declined by 6%.

Fiona Keenan continues: “Some 14% of the population now has a music subscription service and paid-for Spotify subscriptions are growing at 25%. Yet the CD is still the most popular way to consume music content. One in four music consumers buy only CDs and have not made the move to digital or streaming services.

“David Bowie’s death in January has put his Blackstar and Best of Bowie albums in the top five albums for the quarter – the last time one artist had multiple albums in the top five in a single quarter was Adele with 21 and 19 in 2014. Yet it was Now That’s What I Call Music! 93 which secured the overall top spot this time – a quarter of its sales bought as a gift. Despite the compilation album’s strong appeal as a gift it wasn’t able to knock Adele’s 25 off the number one gifted spot. Some 1.25 million copies have been sold as a gift since it came out in November – already 180,000 more than 21, released over five years ago.”

Despite a slight dip in share on last year Amazon has held on to its crown as the top performer this quarter. The gaming sector continues to challenge Amazon as consumers increasingly look to buy their games in person – this quarter 77% of games purchases were in store, which is the highest share that physical stores have held in the last five years. With many gamers still upgrading to the newest generation of consoles physical stores are taking advantage of being able to provide a more exciting experience for shoppers going through this transition.

In store sales have also driven gaming growth for multi-channel retailers with GAME, Tesco and Asda all performing better in store than through their online platforms. Tesco is increasing its focus on becoming a destination retailer for gamers and has won share from specialist stores, while GAME has become the first choice retailer for consumers entering the fourth generation market for the first time. Both retailers have reached their highest first quarter share in five years – at Amazon’s expense.

HMV’s strong performance across music and video this quarter has seen it move into second place, overtaking Tesco. While it still sits five percentage points behind Amazon, HMV did close the gap within the quarter to within one percentage point – a sign that the retailer is very much back in consumers’ minds.

Fiona Keenan comments: “Such a strong performance from HMV has not been seen since it entered administration in 2013. HMV has really focused on creating an in-store environment that stimulates and excites consumers like it did in its heyday. This focus is clearly reflected in the fact that over half of its sales this quarter came from customers who hadn’t planned to make a purchase – significantly higher than the market average of 38%.”

The video sector was spurred on by the release of Spectre, its biggest seller – while sales fell short of Skyfall’s performance, 1.7 million consumers have bought the DVD since it was released in February. Supermarket retailers were the overwhelming winner from the latest James Bond release taking over 80% of its volume sales – Tesco was the standout performer with almost half of all copies of Spectre going through its tills. A £7 launch price – unusual for a new release – clearly paid off for the retailer and was an attractive choice for all consumers, 45% of whom hadn’t bought a video from Tesco in the year prior.