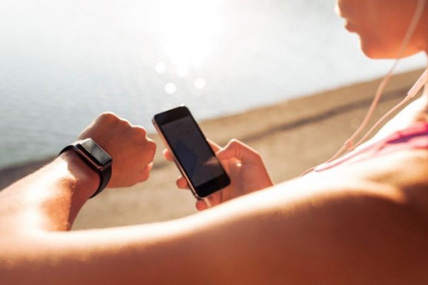 Every year, we look to CES to get a better understanding of what's in store for us when it comes to tech.

Every year, we look to CES to get a better understanding of what's in store for us - literally, soon to be in store - when it comes to tech. After spending four days listening to companies pitch their new offerings and walking through the massive exhibition halls, I have to admit I am leaving Las Vegas without a clear sense of exactly what consumers should feel excited about and how I should end this sentence: 2016 will be the year of...?

Smartwatches and activity or fitness trackers were everywhere. Familiar names such as Fitbit, Samsung and Misfit rolled out the latest additions to their portfolios. Maybe more interesting, though, was that many names unfamiliar to consumers showed off full portfolios of products ready to be sold under white labels. This up-and-coming market for a segment that still needs to convince consumers already felt crowded and still a little confused, which will not help consumers' decision-making process. Wearables certainly seemed to focus on fitness and health with new sensors able to track body fat, fluids and even UV saturation. As has been the case for years in the mobile phone business, we saw a lot of "bling" in wearables with two new models by Samsung of its Gear S plated in rose gold and platinum. Others such as Huawei worked with Swarovski to add crystals to their smartwatches.

Virtual reality, too, was everywhere at CES and felt more real than ever. Judging from the long lines of attendees waiting to try out Oculus and Samsung Gear VR, one could conclude that consumers are very excited about VR becoming more mass market, but the question of how much they will be prepared to spend remains as players such as HTC, due to make their Vive solution available for pre-orders in February, have yet to announce pricing. The other big question around consumer VR is around the buying experience. While early enthusiasts and gamers might not need a "try and buy" option and will be happy to buy online, which is the channel vendors seem to prefer for now, mass-market consumers will need that "try and buy" opportunity.

Drones, including one that can transport a human for commutes as long as 23 minutes, were very prominent at CES. as were cars, several of which featured integration of Android Auto and Apple CarPlay.

The Internet of Things (IoT) played a big role at the show as everything from refrigerators to washing machines have become connected. While the technology seemed ready for prime time, questions around just who consumers will trust to manage their increasingly connected lives remained as different players battle to own our homes.

Overall, I felt that, as in 2015, CES featured a lot of tech in search of a reason for being. Many of the featured solutions and offerings seemed more focused on trying to drive revenue than solve a problem or deliver value to users. And, from a woman's perspective, a few too many stereotypes and far too little female tech emancipation with brands that seem to think all it takes to meet women's needs is a little bit of bling.