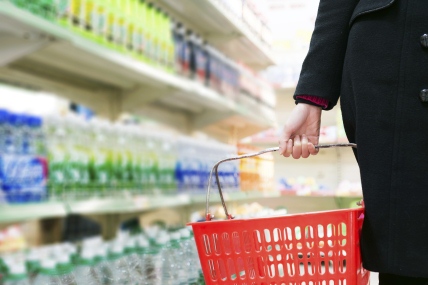 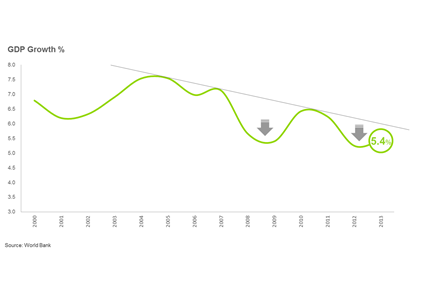 Despite recent signs of recovery, Vietnamâs economy has not yet fully recovered from the slow-down phase. 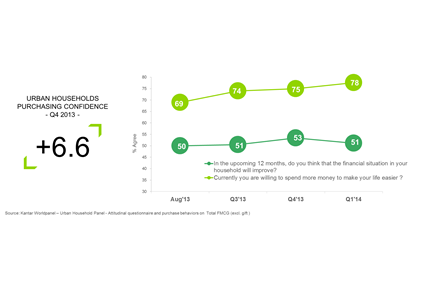 The Purchasing Confidence Index in the last quarter of 2013 reached +6.6 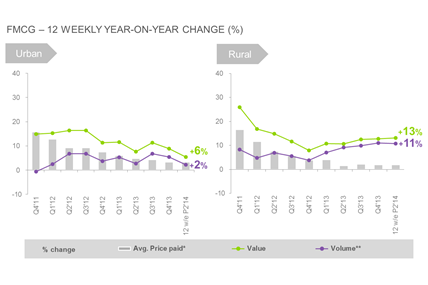 FMCG market for in-home consumption in Urban continues to slow down from Quarter 3 2013. 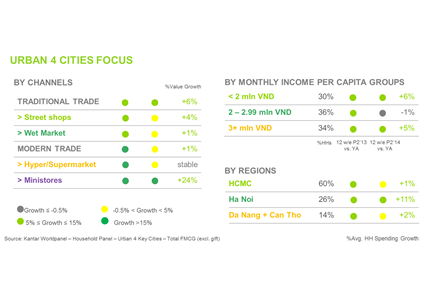 Kantar Worldpanel’s observation in Vietnam up to end of February 2014 reports the continuous slowdown since Quarter 3 last year in FMCG in-home consumption in Urban 4 key cities while Rural market maintains a 2-digit growth.

Despite recent signs of recovery with better-controlled inflation, increased foreign reserve and stabilized exchange rate, Vietnam’s economy has not yet fully recovered from the slow-down phase. GDP posts a 5.4% growth in full year 2013 (and 4.96% in the 1st quarter of 2014), which is slightly higher than last year but has not yet bounced back strongly.

According to TNS VietCycle 2014 latest report, Consumer Confidence Index has been going down over time, from 79% in 2011 down to 51% in early 2014. 60% of urban consumers see Vietnam’s economy as worsening and unemployment increasing as will the cost of living.

Yet, FMCG is the least impacted

Consumers claim that they are cutting down the most on entertainment, dining out and home appliances. However they tend to keep the same and even increase for education, health care products & service, food & beverages and household care products according to TNS VietCycle 2014 report.

The Purchasing Confidence Index combined by Kantar Worldpanel in the last quarter of 2013 reached +6.6. In Quarter 1 2014, 51% urban households still think that their financial situation will improve in the upcoming 12 months while 78% said that they are willing to spend more money to make their life easier.

Moving forward with the latest data updated to end of February 2014, FMCG market for in-home consumption in Urban continues to slow down from Quarter 3 2013, with a very modest growth rate at +6% in value and only +2% in volume, the lowest volume growth over the latest 2 year, specifically in Ho Chi Minh City – the biggest consumer base in Urban – we’ve already witnessed the slight decline of -0.4% in volume.

However, learnings from the past years (2008, 2009, 2010) in Vietnam showed to us that FMCG was among the least impacted sectors during the economic slowdown. Rural FMCG market for in-home consumption maintains the growth rate of +13% in value and +11% in volume in the latest quarter up to end of Feb/14 compared to the same quarter last year.

Our tracking across all available shopping channels in Vietnam shows stagnant growth in value, noticeably the stagnancy in growth rate of Modern Trade (specifically Supermarket and Hypermarket format) while Mini-stores maintain the positive growth from the very small base and new stores opening.

In terms of income groups, Middle High income households of 2 – 3 million VND per capita per month are the most impacted during the latest quarter, posting a -1% compared with the same period last year.

Kantar Worldpanel Vietnam is continuously tracking the behaviors of Vietnamese consumers both in Urban and Rural Vietnam and we will continue to keep you updated regularly and timely of all movements and changes of our consumers during the course of the year 2014 and time ahead.