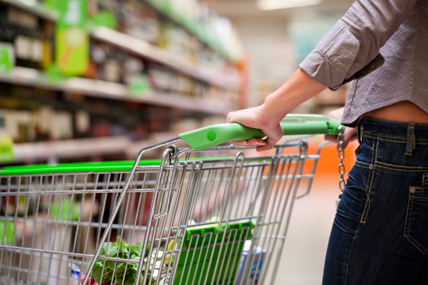 Only Lidl outperformed, with market leading growth in sales of 6.4%.

The latest supermarket share figures from Kantar Worldpanel in Ireland, published today for the 12 weeks ending 21 June, show a year-on-year growth in sales of 0.9% across the market. Dunnes demonstrated a strong performance, growing sales by 6.3% in the past 12 weeks to reach a market share of 22.2%, up from 21% in the same period last year. Only Lidl outperformed, with market leading growth in sales of 6.4%.

Cliona Lynch, Insight Manager at Kantar Worldpanel, explains: “Dunnes continued focus on its ‘Shop & Save’ voucher scheme is encouraging consumers to buy a bigger basket on each shop. The average Dunnes visitor is buying 18 items per trip compared with a market average of 13 – an increase of three items per basket on this time last year and an additional €5.00 through the tills on each shop.”

Tesco has retained its position as Ireland’s number one retailer with a 25.1% share of the market, despite a sales decline of 3.3%. While the volume of items bought has increased as shoppers take advantage of savings and stock up on goods, this has not been enough to compensate for a decrease in shopper numbers and average spend.

SuperValu sales grew just behind the market at 0.6% and share remained flat at 24.7%. Some 19,000 fewer shoppers visited the retailer than over the same period last year and those that remained were more frequent but lighter shoppers, visiting SuperValu more often but picking up fewer items on each trip.

In contrast to Ireland’s three largest retailers, Aldi and Lidl have continued to recruit shoppers to their stores and household penetration is now at 63.1% and 65.1% respectively – ahead of Dunnes’ 63%. However, the growth in shopper numbers at discounters is slowing. Aldi gained 28,000 new shoppers in the past 12 weeks compared with 80,000 this time last year, while Lidl picked up 6,000 – down from 53,000 in the 12 weeks to June 2014. Aldi has also seen growth in basket size slow, an area in which Lidl is outperforming.

Cliona Lynch continues: “As the discounters become more established in the market, year-on-year growth is harder to win. While both Aldi and Lidl are still seeing a strong performance and gains in market share, the landscape is becoming more competitive. The impact of Dunnes’ vouchering campaign has given it a strong boost this period. Elsewhere, SuperValu remains a steady challenger for the number one spot but Tesco’s plans to turn around performance could yet help it to regain growth and firmly re-establish its lead.” 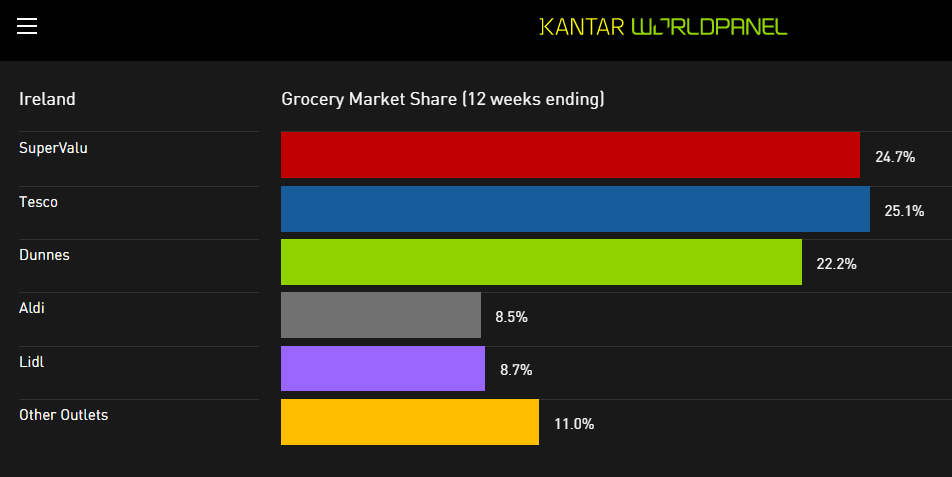