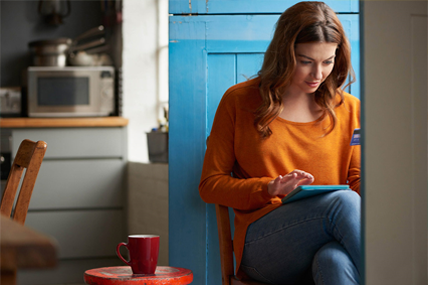 22% of the Spanish population made fashion online purchases in 2017

The Internet gains ground in the fashion business. The sector's online sales increased in 2017, representing 5.4% of Spain's total spending, compared to 4% in the previous year. This is the conclusion reached by the second edition of the Online Fashion Report in Spain, which reinforces the Internet's relevance to the textile industry; not only it is growing year on year, but it is doing so at a faster pace. This continuously climbing rate, which only amounted to 1.4% in 2012, highlights the importance of e-commerce to the sector today and, above all, for the future.

The document, produced by Modaes.es in collaboration with Kantar Worldpanel and sponsored by Salesforce Commerce Cloud, gathers the main indicators and statistics linked to Internet shopping (both in general and specifically for fashion), such as the equipment and connectivity available in Spanish homes, the profile of regular shoppers and the deterrents and drivers of e-commerce.

As for online fashion shoppers, the report reveals that 21.6% of the Spanish population bought a textile garment via the Internet in 2017, almost 7% higher than just two years ago. Although the uptake is higher among females (26.3% of women), the number of male shoppers has increased from 15.1% to 16.7%. In terms of age, the most regular online fashion shoppers are young adults, with the e-commerce uptake reaching 39% among individuals aged 25 to 34 in 2017, and 33.5% in the 35 to 44 age bracket.

When it comes to purchasing, the average annual spend by virtual fashion consumers increased to 127.8 euros in 2017, compared to the 107.4 euros spent in 2016. Taking into account that these shoppers purchased an average of six items, compared to 5.3 items in 2016, each fashion product purchased online has an average price of 21.3 euros. Moreover, purchasing frequency increased to 3.3 times a year, while purchases of discounted or promotional products gained strength, clinching 63.2% of the total items purchased.

The study also highlights consumer preference when buying through one operator or another. In this case, traditional retailers with their own website continue to gain ground from pure players, maintaining the trend seen in recent years. More specifically, digital native companies generated 53.8% of the total online fashion sales in 2017, while in 2012 they accounted for 78% of the business. Retailers, on the other hand, now account for 46.2% of the total turnover, after five consecutive years of growth.

Similarly, although online fashion sales are gaining strength with respect to the sector's total turnover, they carry slightly less weight in relation to Spain's total e-commerce. In the first nine months of 2017, this figure stood at 7.6%, compared to 8.3% recorded in the same period of the previous year (source: Comisión Nacional de los Mercados y de la Competencia). In any case, this decrease is not due to the fact that online fashion sales are falling, but because e-commerce in general is growing at a faster pace.

Jaime Diez, a consultant in the textile sector at Kantar Worldpanel, explains that "both the consumer and the industry are internalising the Internet as one more way of shopping, and it is no longer a novelty in their day-to-day lives. As a result, companies are integrating it as another means of shopping, delivering and communicating, which in turn not only seeks to transform logistics, but the entire value chain".

Pilar Riaño, director of Modaes.es, points out that thanks to the information gathered in this report, theories about the importance of e-commerce for fashion "are no longer mere hypotheses, but have become proven facts through validated data – an analysis that proposes new paths of learning and activities in which a countless number of new possibilities for companies in the fashion industry arise".

The report on online fashion in Spain was compiled using information obtained from various public and private sources with the aim of taking a more accurate snapshot of the sector's current position. The study collects and analyses information provided by Kantar Worldpanel and that obtained through its consumer panels, as well as the latest data published by the CNMC on Internet sales across all sectors, the Survey on equipment, information technology use and communication in Spanish households by the National Statistics Institute (INE), and the Study on B2C e-Commerce, prepared each year by the National Observatory for Telecommunications and the Information Society (ONTSI), among other sources.