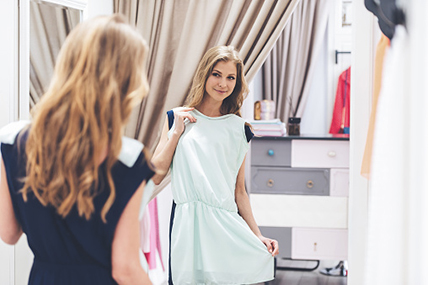 Kantar Worldpanel published its Référenseigne Scoop FASHION 2018, an overview of the textile market at the beginning of 2018, ahead of the full version of Référenseigne Expert Fashion 2018, which is set for release in October.

The market now tops €41.2 billion, with a per person budget in France of 823€ per year and one purchase made every 15 days.

Promotional mechanics are fizzling out. First sales and now promotions are losing their appeal, with just 1% growth over the last 6 months, compared to 6% in the previous year.

The market is now driven by targets in search of good deals, who show less involvement, and no longer by fashion addicts and easy targets.

A disinvestment and diktat of low prices promote the low-cost influx. Following in Primark's footsteps, discount stores are rising at an extremely fast rate in the rankings of the largest volumes: in France, 1 in 10 buy textile garments from Action or Stokomani.

It is now specialist historic players who face the greatest challenge, withstanding not only an Internet-based attack from giants such as Amazon, the new online fashion/textile leader, but also an offensive from other players who have branched out past their core market. This is the case of Intersport, whose purchases go well beyond "sport" use, as they are now second in the fashion/textile market (+3 points in Market Share Value) and are the new market leader in footwear.

In order to continue growing, winning over new customers is key. The 50-64 age bracket remains an untapped potential target; these customers aren't looking for deals and constitute the market's second biggest spender (934€ per year). So, who will rise to the challenge?

These data were obtained from Worldpanel, sampling 12,500 individual Kantar Worldpanel panellists, and were calculated based on textile/footwear/accessory usage throughout France.