FMCG Vietnam: Growth levels out in both Urban and Rural 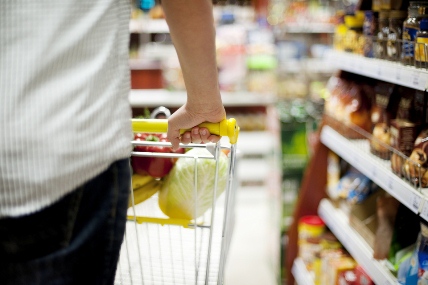 The latest observations by Kantar Worldpanel Vietnam, published today for the 12 weeks ending 18 May, show the FMCG market levels out its growth in both Urban and Rural markets. In Urban, FMCG growth is stabilizing at 7% increase in value and 3% in volume. However, it is too early to expect the continuous slowdown will soon bottom out. In Rural, some early breaks are well-observed with value growth anchored at around 12% and volume growth at 9%. In terms of retail landscape, Street Shop has recorded the strongest performance at 5% while other key channels are struggling from stagnant growth in Urban. In Rural, Street Shop is holding strong its position while Modern Trade is showing some slowdown compared with the same period last year.

Volume growth is quite stagnant across different sectors of FMCG in Urban. Noticeably, Packaged Food is recovering strongly with 8% increase in volume consumption, with the leading categories including Chocolate, Instant Cereal, Oyster Sauce, etc. In Rural, Beverages and Packaged Foods are lagging behind with modest growth.

Among all FMCG categories, Chocolate has recorded the most outstanding performance with doubled volume consumption against a year ago in Urban. This confectionery category has recruited an additional 52,000 households while managed to achieve a 24% increase in average household consumption. In Rural, Tonic Food Drink, a common beverage made of chocolate and malt, enjoys 3-digit growth thanks to an incremental recruitment of 674,000 households and 47% increase in volume consumption per household.

In its second year of launch, the Brand Footprint ranking reveals the top manufacturers whose brands are bought by the most people, the most often in Urban and Rural Vietnam, together with the top individual brands in each separate sector including Health & Beauty, Homecare, Foods and Beverages.

Unilever leads the ranking of the most chosen brand owners in Rural. The global giant FMCG manufacturer has its products chosen more than 400 million times annually in Rural and shines brighter than any other brand owners with the deepest market penetration - more than 99% - in both Urban and Rural markets.

Vinamilk leads the ranking of most chosen brand owners for the second year in Urban. The local dairy leader owns a wide range of food and beverage brands including Vinamilk, Ong Tho, Ngoi Sao Phuong Nam (Southern Star), etc., which were chosen nearly 75 million times in 2013 by Urban households in the last year by 98% Urban households.

David Anjoubault, General Manager, Vietnam, Kantar Worldpanel says: “In Vietnam, global brands perform strongly and lead the ranking of Health & Beauty and Home care sectors in both urban and rural Vietnam. Yet, when it comes to Food, local brands have more advantages. Indeed, local consumers feel enormous pride towards local brands and their heritage, particularly in food, and local brands can also be more flexible and responsive to local consumer needs. This liking for local means global manufacturers must react to cultural differences and spend time understanding local consumers’ needs and wants to win shoppers’ hearts.”