Google I/O 2014: The world according to Android 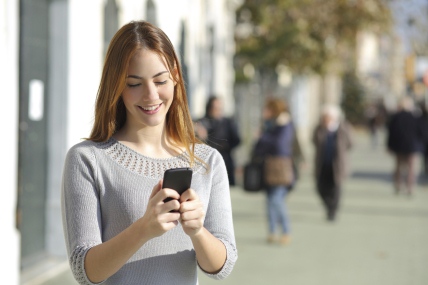 Loyalty among developers and consumers key to future success

One day away from the kick-off of Google's Developer Conference, excitement is running high among industry watchers and reporters at the promise of smartwatches, driverless cars and hot-air balloons.

The "developers' love-in season" opened in April by Microsoft with Build, followed by Apple's Worldwide Developers Conference, and will round up with Google this week. This is nothing new, but over the years, these events have transformed from geeky gatherings to full-on shows that are meant to showcase the software enhancements as well as the power of the ecosystem and the related appeal for developers.

As mobile platforms reach parity of functionalities for smartphones and tablets, the battleground moves to wearables and "connected everything." Smartphone penetration is as high as 55% in the US market and ecosystem owners are fighting to acquire as well as retain users. At the end of Q1 2014, Android owned 50% of the US smartphones installed base (smartphones in use), one percentage point up from Q4 2013. While penetration grew, net promoter score (NPS: a measure of loyalty based on the question, "How likely are you to recommend your XXX phone?") among smartphone buyers of Android-based phones (this does not include first-time buyers) dropped from 55 points in Q4 2013 to 48 points in Q1 2014. This compares to a score for iOS based iPhones that went from 55 in Q4 2013 to 63 in Q1 2014.

For most consumers, ecosystem today translates to availability of applications. In a not too distant future, ecosystem will translate more and more to interoperability of products and seamlessness of experience across those products.

Prices have come down considerably over the years and quality has improved with devices such as the Nexus 5 and the Motorola X and G, showing that a good Android experience does not have to come with a premium price.

And experience has so improved that it allowed brands LG and Motorola to reach among US first-time smartphones buyers NPS scores on par with Android market leader Samsung.

I expect a lot of what we will see at Google I/O this week will address one of the drivers of satisfaction by focusing on further enhancing some of the improvements already delivered on security and user interface. I also expect Google to talk to developers about the new initiatives that will come to complement the core of Android: Android Wear, the Open Automotive Alliance and Google Fit, all working to deliver a cross-device experience which, if done correctly, will increase the loyalty level for Android users as well as the revenue opportunity for the developers themselves and for Google.

Android Silver, a new initiative that is expected to replace the Nexus line, would help to take care of the satisfaction that hardware design and specs drive and potentially the one of price point, but I would expect Google to launch that in a separate event in the Fall.