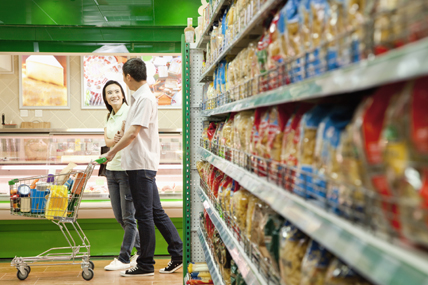 consumer spending on FMCG in China grew by 0.6% this period, the lowest rate of growth 2016 so far.

The latest figures from Kantar Worldpanel China, for the 12 weeks ending 22 April 2016, show consumer spending on FMCG in China grew by 0.6% compared to the same period last year. The lowest rate of growth 2016 so far.

The West region continued to experience the strongest growth, at 7.2%. The South had more modest growth in the latest 12 weeks, at 1.7%. The East and North regions pulled the average down, consumer spending in these areas declined -2.1%, -1.3% respectively.

Nationally, Sun-Art Group saw a slowdown in the pace of its growth in April. It grew 4.4% versus a year ago, which is still faster than total market. The market share of Sun-Art Group has returned to 7.9%. This comes after four months of continuous market share gain for the retailer.

Wal-Mart Group grew at 1.3% in spend terms, while its market share has stabilised during 2016. The retailer is growing strongly in the West and North regions, with a growth rate of 14% and 9.2% respectively. Its performance in the West region is driven by increased penetration, while the growth in the North is driven by rising consumer spending per trip.

Yonghui started the year well, keeping its spending growth in double digits over the past four months, and its share has now reached 2.7% nationally. Driven by its ambitious store expansion in the West, Yonghui’s share in this region reached its highest level at 4.7%. In the West, Yonghui has seen double digital growth in both penetration and trip spending. However, there still remains much potential for Yonghui to grow its spending per trip. Consumers spend an average of 89 RMB per trip at Yonghui, much lower than 97 RMB per trip for the average modern trade retailer.

Check out our Grocery Market Share dataviz featuring historical data and embed it on your site. 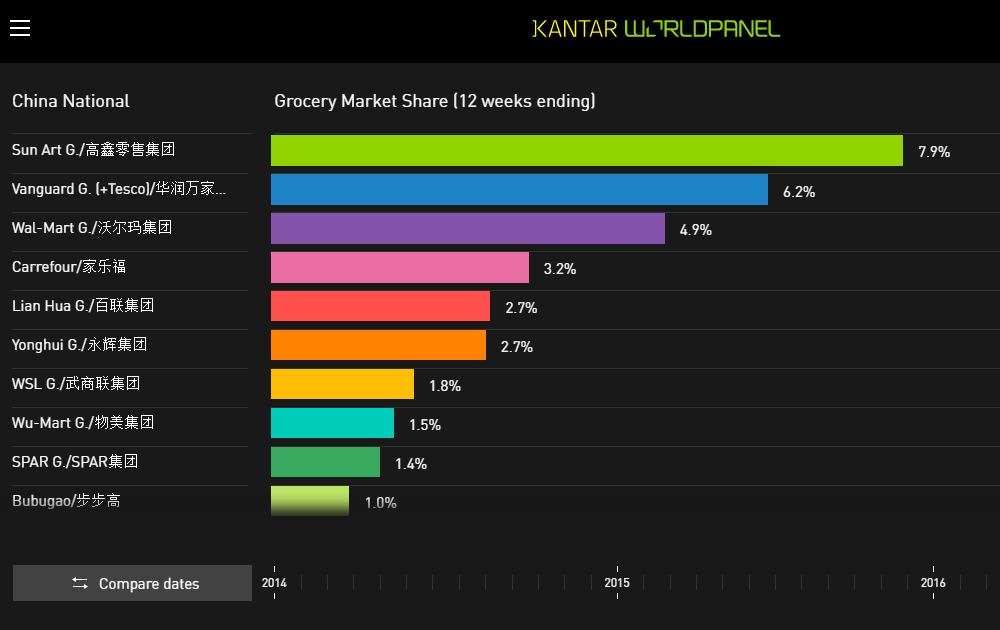