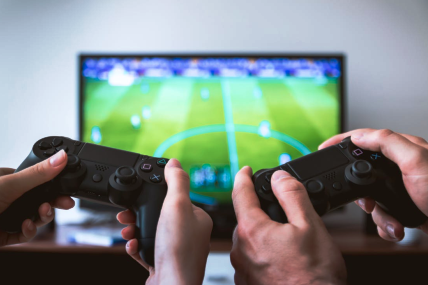 The latest data on the physical entertainment market from Kantar Worldpanel, published today for the 12 weeks to 14 January 2018, reveals good news for games with sales up 2.1% year on year.  Gaming enthusiasts spent an extra £6.8 million over the festive period as the sector remained a bright spot for physical entertainment.  In contrast, the overall market has declined by 8.8% year on year, with sales of music and video down 5.8% and 21.0% respectively.

Olivia Moore, analyst at Kantar Worldpanel, comments: “Although still experiencing customer losses – almost 37,000 fewer compared to this time last year – sales of games have been bolstered by remaining gamers spending an extra £2 on average every time they shop.  Gaming fans are also buying titles more frequently.  FIFA 18 and Super Mario Odyssey performed well, as Call of Duty: WWII came out on top as gamers’ pick for the holidays.  The success of Super Mario Odyssey also provided a welcome boost to the Nintendo Switch market as gamers returned to handheld consoles.

“Amazon performed particularly well in sales of mint games, now accounting for one in four purchases in this sector.  The online giant is also leading the way in the entertainment market overall – winning Christmas to increase market share by 3.3 percentage points compared to this time last year.”

Meanwhile, HMV took pole position in the video market with a 26.8% share, holding Amazon at bay in second place.  HMV saw a strong performance from DVDs that have been on the market for over three months, which saw double-digit growth as existing shoppers were tempted into buying these titles more regularly to brighten up winter nights.

Although fewer shoppers chose to buy their loved ones games, videos and CDs for Christmas in 2017, the festive period is still a bountiful time of the year for retailers.  Olivia Moore explains: “Surprising friends and family with physical entertainment gifts is still a popular choice: almost 45% of spend in this market during the final quarter of the year came from customers picking up a game, video or CD to put under the tree.  With some big releases slated for 2018, cinematic favourites could provide a boost to the sector.  The latest blockbusters from several major Hollywood franchises are set for release this year, including titles like Jurassic World: Fallen Kingdom, Solo: A Star Wars Story and Avengers: Infinity War.

“The past year also saw a return to old-school formats – with a vinyl revival kicking off – coupled with the need for the latest gadgets.  As more and more shoppers upgrade their TV sets to accommodate 4K and ultra-high definition experiences, sales of 4K discs are also set to increase.  With these new – and old – formats tickling shoppers’ fancy, entertainment products could once again be the gift of choice.”

Customers are creatures of habit – 79% of entertainment purchases over the past 12 weeks were planned, compared to 72% the year before – presenting both a challenge and an opportunity for retailers.

Olivia Moore continues: “As shoppers are becoming more rigid in their spending habits, capitalising on a customer’s impulsive streak is becoming more difficult for retailers – but it can be done.  Shoppers that had no intention of making an entertainment purchase – or were browsing for other goods – were tempted into buying a game, CD or DVD on a whim 15% of the time.  This jumps to 25% of occasions in the grocers.

“To encourage shoppers to make more impulse purchases, supermarkets and high-street retailers alike need to become savvier with their in-store layouts and guide customers from aisle to aisle.  A bit of theatre wouldn’t go amiss either – by tempting more consumers into their stores with colourful displays and attractive designs, retailers can convince customers to splash the cash on impulse.”