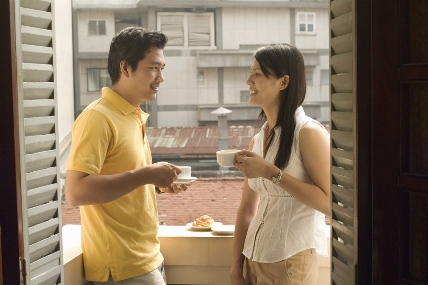 Consumers are opting for more drinking occasions at home rather than outside.

The latest FMCG Monitor report from Kantar Worldpanel published today for the 12 weeks ending 13th July 2014 shows different pictures across Urban and Rural areas. FMCG consumption in Urban continues to suffer from stagnant growth since early this year with growth levelling off at 5% in value and 2% in volume. Meanwhile, Rural market is stabilizing its growth at 11% in value and 8% in volume. All key channels in Urban report a decline in growth compared with the same period last year. In Rural, Street Shop is holding strong whereas Wet Market remains stagnant.

In terms of basket trends, growth is quite low across different sectors in Urban with volume growth hardly exceeding 5%. In Rural, Dairy and Home Care products are lagging behind with modest growth. Tonic Food Drink (Chocolate Malt-based Beverages) is the bright spot in Urban throughout this quarter with strong growth of 27% in volume, mostly thanks to expanding buyer base of additionally 87,000 new buyers. In Rural, Ice Cream wins the Hot Category with 53% increase in volume consumed at home by increasing average volume consumption per household by 33% and attracting nearly 600,000 new buyers.

Our observation during the 12 weeks ending July 2014 compared with the same period last year sees the 2 digit growth of in-home consumption of beverages in terms of value. Indeed, consumers are opting for more drinking occasions at home rather than outside. Kantar Worldpanel’s tracking on drink usage behaviours of individual consumers in Urban 4 Key Cities reports a growth of 3.9% in in-home drinking occasions over Quarter 2 this year compared with the same period last year while out-of-home occasions remain stagnant. Noticeably, consumers are less likely to spend their drinks at more costly places such as coffee shops and restaurants as drinking occasions at these places shrink by -12% and -3% respectively. It is interesting to notice the most declining items consumed out of home such as Instant Coffee, Tonic Food Drink and Energy Drink are holding the highest ranks among the top growing items in-home, in terms of drinking occasions. This probably reflects a switching trend in which people will take these kinds of drinks at home rather than spending on them elswhere outside, in order to cope with downward pressure from the current economic situation.

“Although the economy has achieved some improvement recently but weak local demand is still a major block to a sustainable recovery. There is little doubt that consumers, especially lower income groups, will continue to look at ways to manage better their expenditure. Opting for more in-home drinking occasions is just one among those reactions. Being able to understand and capture these shifting needs will create new space for manufacturers to further develop their categories, even under the current downward pressure” - commented David Anjoubault – General Manager at Kantar Worldpanel Vietnam.

Follow links on the right side of this page to download full reports and press releases in both English and Vietnamese.