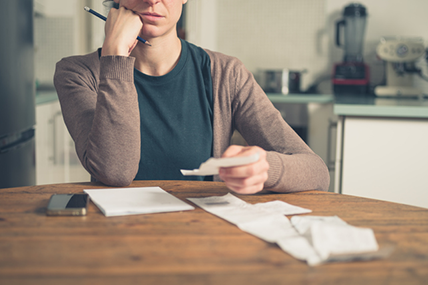 The era of tightened belts: 65% of Latin Americans consider their countryâs economic situation to be worse than it was a year ago.

Kantar Worldpanel, the leading market research agency in consumer behaviour, has spent over 10 years carrying out their Consumer Watch study, in order to understand the perceptions of Latin American consumers in the main cities of 15 Latin American countries.

This year is clearly marked by pessimism or “belt-tightening” in the majority of households. To make their money go further, Latin American’s have become “juggling consumers”.

What is the reason behind this pessimism among households? Firstly, there was a sharp downturn in the volume of FMCG goods bought by consumers spending across the region over the last seven years, falling from 7% to 2%. Brazil was the main reason for this, with a drop of from 10% to 3%. Only Central America and Mexico managed to increase their consumption in the same period. One trend in the region is that, while households are consuming less, they are increasing their expenditure on the basic basket by 10%.

In terms of perception, 65% of households consider their country’s economic situation to be worse than in 2016, this includes Venezuela, Mexico and Colombia. On the other hand, Bolivia, Chile and Peru have seen an improvement.

While insecurity continues to be the biggest worry for Latin Americans (57%), this has fallen significantly over the last five years. The exception to this is Mexico, where insecurity grew.
Inflation is the second biggest worry, with those most affected being Venezuelans, Mexicans and Argentinians.

Are households feeling a crisis in their country?

The majority of Latin Americans - 86% - feel their country is in economic crisis. This is strongest in Venezuela, Brazil, Mexico, Colombia and Ecuador. Moreover, 70% believe that the crisis directly affects their household.

Latin Americans are facing higher prices and lower incomes, so there is greater pressure to manage household expenditure. Latin American housewives play a crucial role in monitoring household finances. 86% feel obliged to do the shopping as, besides monitoring their finances, they also need to look after their family.

For over half (58%) of households the main aim is to spend less money or not break their budget, so they buy cheaper or own-brand products. However, 29% spend more than the set amount.

“The main reason people break their budget is because they find promotions which tempt them to buy more products, or because things are more expensive than they were expecting”. “Something which undoubtedly unites Latin Americans is the quest to make their money go further without disadvantaging the family” commented Virginia Garavaglia, Latin America Marketing Director at Kantar Worldpanel.