Mexico FMCG spend is not at risk for 2017 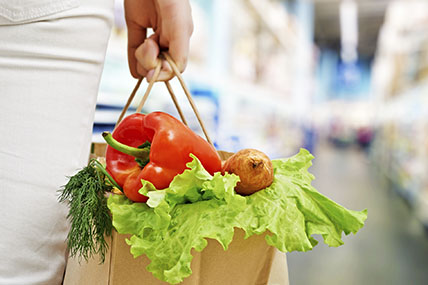 A key question to answer is if Mexic would be facing a challenging 2017 for FMCG spend.

Since the beginning of the year, news reports have referred to the 2017 Mexican crisis: the Trump effect, the uncertainty about future relations with the US and the rocketing peso.

On daily basis these facts have been influencing the mood of Mexicans and triggering a response from more than three out of four consumers who believe their family economy is suffering from the crisis effect.

Despite GDP growth slowing down by the end of 2016 (2,2%), the Mexican economy has continued to grow in 2017, but is still far from 2016 goals. However, if we look beyond Mexico, the Latin American overview shows that it is not just Mexican, but also the Brazilian and Argentinian economies that are struggling against difficult economic situations (the countries recorded -3,5% and -1,8% GDP decline respectively).

Therefore, a key question to answer is if Mexico as Latam 2nd economy would be facing a challenging 2017 for FMCG spend. We anticipate the answer as ‘No’.

But, why? There are three key indicators to evaluate if any country’s FMCG spend is at risk or about to challenge shopping behavior in the short term: firstly, the unemployment rate; secondly, the rate of inflation vs. salary variation; and finally, local currency vs US dollar variation.

If prices increase at a higher rate than wages, it is likely to have a direct impact on the mood of consumers. The bigger the gap, the more prone a country is to erosion of its purchase patterns. In the case of Mexico, January 2016 saw the highest minimum wage in last 17 years, with an increase of 9.5% vs. previous year. This is significant when considered in context that inflation rose 3.4% in December 2016 vs. last year, according to the Mexico Central Bank. In contrast, in 2016 Argentinian inflation rose +41% vs. previous year, and the nominal salary variation was only +33%. This represents a -3pp loss in terms of real wages and a -4% volume drop in FMCG basket. If inflation continue to rise in Mexico over the coming months, it should be followed closely. It is likely to drive bigger purchases per trip, promotions will be sought by consumers (particularly in modern trade) and low price brands will benefit. This has already been seen with the recent “Gasolinazo” (price increase in gasoline prices in January 2016), which led 13.2% Mexicans to declare that they will seek cheaper brands during this year.

If average consumer is indebted in foreign currency, a direct negative impact into their savings and consumption power should be expected. More than half of Mexican households are indebted and this percentage has been growing during the past years: +11 pp 2015 vs. previous year. During the last five years, the Mexican peso declined +55% vs. US dollar: from $12.93 in 2012 to $19.99 in 2016. In November 2016 to mid-January 2017, the devaluation of the peso rocketed +20%, up to $22 pesos. Surprisingly, the Mexican peso is now topping the ranking of the most appreciating emerging markets currencies: it has recovered +10,5% from November 2016, up to the actual $19,75. It could be that the Nov-Jan peak was triggered by on expectations and subjective factors following the Trump election.

The factors described above are economic, and if the scope of analysis is amplified it should also consider the following long-term factors:

Despite the Mexican economic situation not being in crisis itself, certain changes are expected in terms of priorities, purchase habits, brands and choice of outlet. These changes should be considered if brands and manufacturers want to stay close to Mexican shoppers.

For FMCG, the Food basket has greater relevance in Mexico. But it does not mean that there is less space for non-discretionary categories. In fact, those categories keep on growing in the Mexican market, clear evidence of a lack of crisis. Learnings from others countries show us that the most common ways to downtrade are in terms of product or buying fewer non-discretionary categories. An example of this comes from the UK in 2008 when consumers reacted to high inflation rates; or current behavior in Brazil or Argentina, where dispensable products are those ones that are contracting the most.

The value of the FMCG basket has grown +5% (2016 vs. previous year) and this exceeded 2016’s inflation rates. A higher spend drove FMCG value growth, as frequency has slowed down vs. last year. In this context, stock-up shopping missions might become an important development in the coming years. Why? The strong investment that is expected to be made in Modern Trade will drive bigger shopping missions in Mexico. In a near future, this trend represents a challenge for Traditional Trade and the brands which are highly dependent on this channel.

Modern Trade is growing in Mexico (40,4% FMCG value sales; +1,5 pp vs PY), with Hypermarkets and Supermarkets having the highest contribution. Not only are Hypermarkets and Supermarkets growing, so too is Convenience: Oxxo, the leader in Convenience, will is predicted to invest in new stores and will take space from traditional trade. As well as this, Pharmacies are predicted to continue to develop its hybrid format (pharmacy + drugstore + mini-supermarket).

Private labels brands and local brands are likely to grow in the near future: today, 7 out of 10 of Mexico’s fastest growing brands are local. However, the growth of private label will depend on the investment in Modern Trade. At the current time private label brands are more relevant in certain categories (even in the personal care basket) and manufacturers should track this closely. If brands want to avoid losing consumers, then innovation will be the key to retaining and gaining penetration.

The actual economic environment is not as was expected: too many Mexicans imagined a different beginning for 2017. However, despite the lack of optimism, Mexico is not experiencing a crisis: the lack of critical unemployment rates, the integrity of purchase patterns and the recovery of Mexican peso vs. US dollar are all indicators that FMCG in Mexico is set for another 3-5% growth by December.