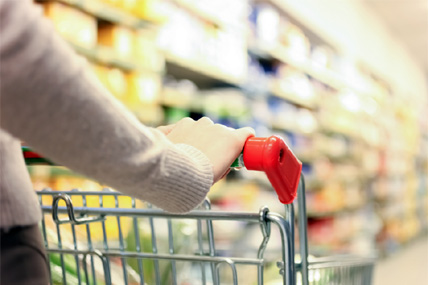 Walmart, one of the top five retailers in China, achieved further share growth thanks to Chinese New Year. In the latest 12 weeks, ending 27th January 2017, Walmart’s market share increased from 4.8% to 5.0%.

Throughout the past year, Walmart has tried to adapt to China’s fast changing environment. It has done this by shifting more resources to China’s hinterland and deploying an aggressive online-to-offline (O2O) strategy. Walmart also opened more of its Sam’s Club stores – the membership-only wholesaler – which has helped to drive value growth by offering more premium products to high income families.

Chinese New Year is an important time of the year for offline retailers, especially in the current climate online continues to steal share. Before Chinese New Year, consumers will visit stores to prepare for the Spring Festival. The hypermarket is often the chosen channel for this occasion, it is where the whole family can gather together and shop for fun. During this time shoppers are much less likely to shop online, because most couriers will also be taking time off. Therefore offline retailers, both local and multi-national, will look to seize this opportunity by running deep promotions to expand the shopper’s basket while they are in store.

Every January, RT-Mart runs a big promotion called “Low Price Storm” to capture this opportunity. As a result, this January the SunArt Group (driven largely by RT-Mart) hit 8.9% value share – a new high for the group.

Vanguard also made an effort to capitalise on the Chinese New Year opportunity and was able to drive up its value share to 7.1%.

One benefit from the pre-CNY grocery shopping is that the basket spend of shoppers increases. In the latest 12 weeks three retailers saw the value of shoppers’ baskets exceed 100RMB. Walmart Group enjoyed the highest trip spending at 109RMB, followed by SunArt Group with 104RMB and Carrefour’s 103RMB.

Ecommerce’s growth remained at a high level. Online penetration reached a historical high at 37.8% in the 12weeks ending 27th January 2017. T-mall led the growth of ecommerce achieving a penetration of 9.8%, which is 3.9pt ahead of JD.