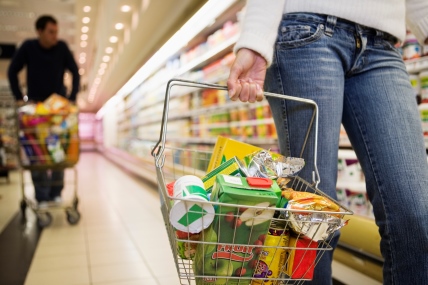 Vietnamâs economy expands at an annual rate of 6%, the highest growth rate recorded in the last 5 years.

Closing the first quarter of 2015, Vietnam’s economy expands at an annual rate of 6%, the highest growth rate recorded for the same period in the last 5 years. Meanwhile, Consumer Price Index continues to ease down and remains stable mostly due to cheaper oil prices.

Kantar Worldpanel’s observation in 12 weeks up to March 2015 reports early signs of revived FMCG consumption in both Urban 4 key cities(1) and Rural Vietnam. However, the recovery is not firm. In Urban, the market has witnessed some improvements since late 2014 and now registered its growth at 1.2% compared to the same period last year. Meanwhile, the slowdown in Rural has just started to fade with value growth now anchored at 8%. In terms of retail landscape, Hyper/Supermarkets in Urban are gaining back momentum, posting growth of 7% compared to the same period last year. In Rural, Street Shops are holding strong while Wet Markets are slowing down.

In Urban, Home Care and Beverages are leading the growth while Rural sees the rapid expansion of Dairy products at 18% in value and 13% in volume. Among all FMCG categories, Liquid Detergent in Urban has recorded the most outstanding performance with 22% growth in volume. This fabric care category has recruited new 41,000 households and managed to achieve a 10% increase in average household consumption. In Rural, Soya Milk enjoys 27% growth thanks to an incremental recruitment of 600,000 households and 9% increase in average volume consumption per household.

Despite some slowdown compared to Tet 2014, Tet(2) period this year maintains strong uplift of 66% compared to pre-Tet(3) period. Beverages are the key beneficiary in Tet while Dairy is the only sector to see modest growth. This year, Urban families start to shop earlier for Tet. Our observation on real shopping behavior notices an earlier rise in FMCG consumption starting 4 weeks ahead of the Lunar New Year Day while it was only 3 weeks in the previous year. During Tet period, it is common for families to shop in Hyper/Supermarkets more than usual as they can browse through the wide range of products for big shopping trips and enjoy many promotions and loyalty programs. This year, Hyper/Supermarkets are even gaining better share compared to Tet 2014, capturing 17% of Tet spending during this period. Noticeably, over the past years, gifts prove to be more and more important in Tet’s consumption of FMCG. Biscuits, Carbonated Soft Drinks and Beer are the fastest recruiters in terms of Tet gifts, indicating more and more families pick these items as New Year’s presents.

“With its special role in Vietnamese culture, Tet plays as a seasonal momentum to boost up a spending spree across the country. As traditional as Tet could be, consumer behaviours during this festival time are evolving throughout the years together with the modernizing lifestyles of Vietnamese families. Understanding these subtle changes will help manufacturers and retailers touch the heart of consumers and win their choice on this special occasion.” – commented David Anjoubault – General Manager of Kantar Worldpanel Vietnam.