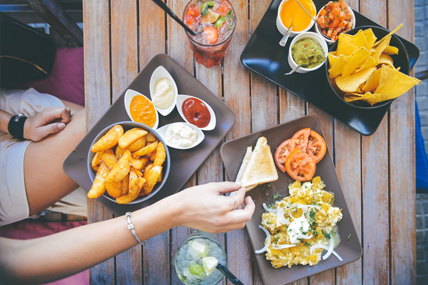 Spain’s revival of drinks and snacks consumed out of home has been driven by an increase in leisure time lunches and dinners, according to the latest analysis from Kantar Worldpanel, the global leaders in consumer panels.

In 2016, Spaniards boosted the HORECA (Hotels, Restaurants, and Coffee Shops) sector by increasing the volume of weekday dinners consumed outside of the home by 3% and the number of out of home lunches, consumed Friday to Sunday, by 2%.

Commenting on the impact of growing out of home meal occasions Edurne Uranga, Out of Home Manager at Kantar Worldpanel, said: “These moments are pushing the increase in the entire HORECA sector in Spain as they are occasions with an average price tag of between €20 and €30, which is well above the rest of out of home occasions that come in at around €7.50 per check.”

The products which benefit most from this increase in consumption are soft drinks and bottled water. The growth in wine consumption at dinner during the week is also significant, while the consumption of beer increases at weekend lunches.

These figures demonstrate that dinners and lunches, as well as breakfasts, are gaining ground when it comes to eating out, but at the expense of more informal consumption occasions. “If Spanish consumers are going to eat out more during the weekend, it means they will no longer spend so much time having an appetizer or tapas, or if they make plans to have dinner during the week, they will also spend less time getting a drink in the evening,” adds Uranga.

As a result, Spaniards have removed seven occasions for eating out “between meals” in 2016. Although the overall figure for these informal moments continues to be significant, with an average of 82 consumption occasions per year.

Edurne Uranga concludes: “The challenge for the industry is how to take advantage of this switch in consumption occasions to lunches and dinners, given that Spaniards do not have the same number of drinks when eating out as when having tapas or an appetizer.”