The Beat Goes On: iPhone 7 Is Here (Almost) 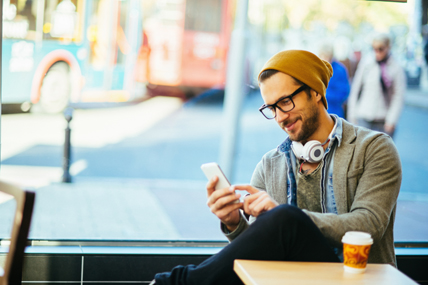 With the upcoming Apple event and expected launch of the iPhone 7 and 7 Plus, we thought it was a good time to take another look at the iPhone SE, and how it has fared since its introduction this past March. And, with the rumors that have surrounded the latest new generation, let’s look at the potential for the iPhone 7.

In the three months ending July 2016, the iPhone SE was the third top-selling device in the US, capturing 5% of smartphone sales, behind the Galaxy S7 at 9%, and the iPhone 6s at 11%, according to our latest sales data.

Compared to the other available Apple models, the iPhone 6/6 Plus and the iPhone 6s/6s Plus, iPhone SE buyers are younger and tend to have an income under $50k. This is no surprise. With a starting price of $399, the iPhone SE was expected to attract a relatively younger buyer and lower income base. 42% of SE consumers cited “getting a good deal on the price of the phone” as a main influencer to purchase, compared to just 30% of iPhone 6/6 Plus buyers and 23% of iPhone 6s/6s Plus buyers. 24% of iPhone SE buyers were buying their first smartphone or their first mobile phone.

In addition to the lower price, 60% of iPhone SE buyers cited screen size as a main driver of purchase, followed by battery life at 47%, and attractiveness of design at 31%. Compared with buyers of the larger-screen iPhones, these three elements were more important to SE buyers than to the buyers of 4.7-inch and 5.5-inch models.

That brings us to the Apple event happening September 7 and anticipated new iPhone 7 and 7 Plus. Industry rumors suggest that a dual camera lens will be introduced, storage capacity will be 32GB to 256GB, battery life will be improved, and possibly the most controversial hint of all – the 3.5 mm round headset jack will be gone. Rumors aside, there is a large opportunity for the iPhone 7 as we consider the potential number of upgraders coming from the iPhone 6 and 6 Plus.

Despite a significant push among carriers and manufacturers, the US remains relatively close to a two-year smartphone upgrade cycle. On average, smartphone owners keep their devices for 22 months before upgrading, while for iPhone owners, the length of ownership is longer, at 25 months. The iPhone 6 and 6 Plus, released in September 2014, account for the largest share of Apple’s current installed base at 33%. Among iPhone 6/6 Plus owners surveyed in June 2016, 29% intend to change their device within the year, and almost all of them intend to remain loyal to Apple. For these potential upgraders, battery life is most important (75%), followed by the quality of the camera (63%), and storage capacity (53%).

The loudest complaint (or maybe just hot air?) about the new iPhone may be the rumored absence of the 3.5 mm headphone jack in favor of Apple’s own Lightning port for audio. The 3.5 mm round socket has been the headset standard on smartphones since the beginning of smartphones, and on transistor radios as far back as the mid-1960s.

This seems to me a ridiculous distraction from much more important considerations (see camera, battery life and storage). It’s possible that current iPhone 6/6 Plus owners won’t consider this much of a barrier since they are more likely to agree with statements like “I love to buy new technology products” and “I try to keep up with developments in technology” than owners of older iPhones and other smartphone brands.

Apple, also, would not be the first to remove the round headset jack, as both Moto and LeEco have already done so in the Moto Z Droid and Le 2 range. In fact, one could argue that this is a big benefit, with better water and dust resistance made possible by removing that vulnerable little round hole and using the newer, more airtight Lightning port. But you didn’t hear that from me.