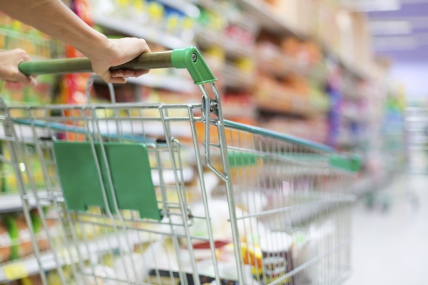 GDP growth accelerated in the third quarter to 6.2% over the same period last year, as the rise in exports helped offset weak domestic demand. However, this early sign of improvement is not strong enough to leverage the whole economy as many businesses are still facing difficulties, the inventory levels are high, the economy's capacity to absorb investment is still low and domestic demand remains weak.

In Urban, FMCG consumption posts a stagnant growth at 0.4% in value while volume declines at 1.5% in Quarter 3 compared with the same period last year. Home care is the hardest hit among the five main FMCG sectors as consumers withhold their consumption on fabric care products, floor cleaners, etc. Meanwhile, after many periods of 2-digit growth, FMCG consumption in rural has reduced to 1-digit pace during the last quarter with value growth now registering at 8.7% and volume growth at 6.2%. Food categories are now performing better than non-food ones in terms of both volume and value growth as consumers are prioritizing towards necessities.

All key channels in urban are suffering from the current slow-down. Modern trade channels, especially hyper/supermarkets are declining. In rural, wet market remains stagnant while street shop is decelerating.

Hosting nearly 70% of Vietnam’s population and 60% of the country’s entire GDP, rural Vietnam is now a potential yet indispensable target in manufacturer’s growth plans. Rural homes have rapidly transformed throughout the last decade. With more and more modern equipment available at home, rural consumers are becoming more connected to the world and have more tools to ease their life. According to our survey in late 2013, hand phones can now be seen in almost every rural household. One out of every two rural families owns a fridge at home. This expanding penetration of fridges will, in turn, encourage the consumption of dairy products, beverages and other food items. Washing machine has now penetrated into more and more rural homes, with 15% of rural families now own a washing machine. Besides, rural consumers also begin to emulate their city cousins in hi-tech equipment with ownership of computers and internet access now at its emerging stage in rural but expanding fast during the recent years.

“With much lower income than their urban counterparts, an average rural household spends only 600,000 VND per month for FMCG with the biggest part dedicated for packaged foods. However, with moderate availability of FMCG SKUs (stock keeping units), which equals only half of urban’s, rural market is showing huge consumer business opportunity and plenty of first entry advantage. Thus, the needs to understand and monitor rural consumption is greater today than ever before.” – commented David Anjoubault – General Manager of Kantar Worldpanel.