M&A within FMCG: Reward, Risk or Both? 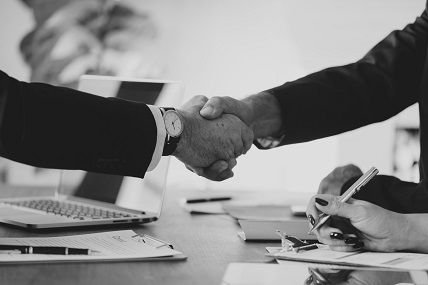 Within FMCG, the value and the number of M&A deals increase over the years.

Increasing challenges in finding growth within the FMCG market is becoming a global norm. Although Vietnam continues to be among the fastest-growing economies in the world at above +6%, its FMCG market is slightly behind at +4-5%, down from previous years.

The biggest challenge to FMCG growth is consumers’ rapidly changing needs and expectations, two important influencers of their shopping habits and behaviors. This dynamism requires fast movement and continuous adaptation, in order for manufacturers and retailers to maintain a competitive edge.

Consumer needs are currently driving the rise of 3 major trends. Firstly, consumers – caught up in the fast pace of a modern lifestyle – value convenience, speed, and the ability to save time. Secondly, they increasingly prioritize their well-being, both emotionally and physically. Last but not least, they always seek options that bring them the highest value for money. In-home FMCG consumption in Urban 4 cities and Rural Vietnam has indicated that products which meet at least one of these needs can sustain growth, despite the slow-down of the total FMCG market.

Consumers, however, do not only focus on basic needs. Thanks to growing disposable income and living standards, new needs are emerging. Kantar Worldpanel’s annual expenditure report has shown that consumers are spending more on leisure needs, namely travel, entertainment, and dining out. Competition within FMCG is not only fierce for in-home purchases, but also for out-of-home consumption. On top of that, as the playing field becomes more and more complex, FMCG players also need to keep an ear to the ground for movements in non-FMCG markets.

The pressure for growth requires manufacturers and retailers to find new ways to move forward. The 2018 Brand Footprint report by Kantar Worldpanel reveals that out of all the growing brands, 90% of them are able to do so by expanding their buyer base. Finding new shoppers provides a solid foundation upon which brands can grow.

It is also upon that foundation that Merger & Acquisition (M&A) arises as the forefront strategy, allowing businesses to increase their market presence and buyer base as well as save cost. While M&A is not a new concept, the past few years in Vietnam have witnessed a M&A surge that heats up multiple markets, from real estate, finance, technology, to pharmaceutical, etc. Within FMCG, the value and the number of M&A deals increase over the years, promising a lively future ahead with more deals to come.

Notable M&As between domestic firms include Kido Group buying 65% of Tuong An’s shares, or Masan now owning 32.8% of Cholimex. These unions can help all parties involved diversify their product lines, as well as gain market share. Tuong An, for example, is able to benefit from Kido’s distribution network and working capital, thus optimizing its supply chain and expanding its presence within Packaged Foods, helping Kido Group exceed its 2017 revenue target.

M&As are also occurring between multinational corporations and domestic businesses. With a booming economy, and a young population whose consumption needs are ever-increasing, Vietnam is brimming with growth potential. The fact that FDI for Quarter 1 2018 reaches nearly $4 billion, up 7.2% vs. last year, proves that this potential doesn’t go unnoticed by foreign investors. In order to enter and prosper locally, however, foreign firms need an in-dept understanding of what Vietnamese consumers want and need, as well as how to best reach them. M&As with domestic firms act as a catalyst that allows foreign giants to localize, quickly and more effectively penetrating the market to approach target consumers. These types of union are on the rise, with no sign of slowing down, especially among investors from Asian countries such as Thailand, Singapore, Korea, and Japan. Major local-international M&As are shaking up the FMCG market, such as Mondelez’s acquisition of Kinh Do’s confectionery business, or Thai Beverage’s 53% share buyout of Sabeco in late 2017. It is not limited to manufacturers, either. Foreign retailers have also entered the picture, with TTC acquiring Metro, and Central Group buying out Big C with $1.1 billion.

As the FMCG picture becomes layered with so many brushstrokes, M&As are also getting increasingly vibrant. The retail landscape is being re-terraformed with the rising omnichannel trend, prompting retailers to adapt so as to satisfy consumers’ shopping experience whenever, wherever. The fusion of offline and online shopping, for instance, is gaining prominence. With a $13.7 billion acquisition of Whole Foods, Amazon has proven that it is always trying to stay ahead of the curve. The tech giant now comes to possess a chain of 450 stores in 42 US states, thus branching its physical presence and opening itself up to vast blue oceans of opportunities.

In general, a well-planned, well-executed M&A is beneficial on many fronts.

“With so many advantages, M&As are not only flourishing in Vietnam, but also across the world, with still so many opportunities that have yet to be seized. That said, M&As are notorious for their high failure rate, and firms need to approach them with a detailed, long-term plan in order to manage risks and strategize successfully. When firms can overcome the challenges, M&As allow them to gain share and find growth even as the market stagnates.” Fabrice Carrasco, Strategic Initiatives Regional Director, Kantar Worldpanel Asia, commented.

As a result, M&As are expected to remain a valuable strategic capability that will continue to thrive in the foreseeable future.