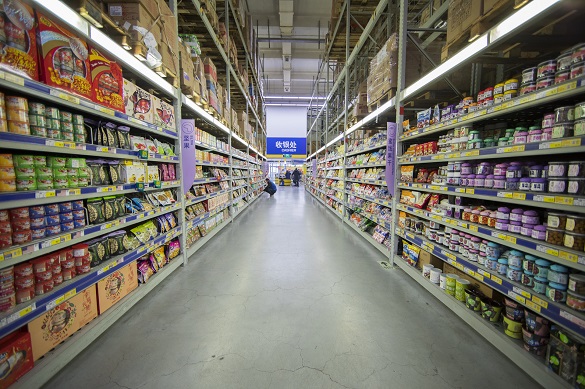 Kantar Worldpanel reveals that the 12 weeks to 28th January of the fast moving consumer goods (FMCG) market in China reported 7.2% increase in sale value compared with the last year. This was partly due to early Chinese New Year effect in 2022. Within modern trade, Small/Mini Supermarket outshone other modern trade channels and became the second fastest growing channel, with 12.0% year on year growth, confirming the strength of proximity channels as China enters the third year of ‘new normal’ under the pandemic.

Sun Art still leads the market with a value share of 8.5%, but saw a weakening trend down from 8.8% last year. By contrast, Wal-Mart group outpaced its rivals by gaining additional share points of 0.2 pt, driven by the strong performance of Sam’s Club. Yonghui Group has managed to stabilise its share in the last 12 weeks, maintaining the same level of 5.5% of value share as the same period in the last year. Its latest trade update also indicated its same store sales recorded 1.6% growth in the first two months of 2022, confirming early sign of success with its omni-channel digitalization strategy.

Over the past 12 weeks, close to 80% of China urban families shopped online, with JD and Pinduoduo continuing to grow share at expense of Alibaba. Pinduoduo now holds the second largest consumer base of a 32.1% penetration. Meanwhile, with a growing logistics capacity, online purchase in counties increased by 15.7%, suggesting acceleration of shopper acquisition in lower tier cities continued to be the enduring theme to win in Ecommerce in 2022.