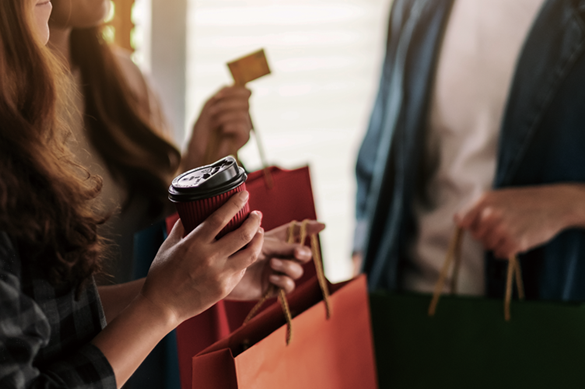 While China’s GDP growth slowed in 2019, spending on fast-moving consumer goods (FMCG) grew steadily, increasing in overall value by 4.9 percent in the first three quarters of the year. This was especially noticeable among imported FMCGs, which now account for 18 percent of all FMCG sales and consistently outpace category growth.

In the third quarter of 2019, China’s GDP growth rate dipped to 6 percent, the lowest level in 27 years, but this wasn’t represented in the FMCG sector. In the first three quarters of 2019, total FMCG sales roles by 2.7 percent, 6.9 percent and 5.7 percent, maintaining the same pace as 2018. But as we’ve seen in previous years, that stable growth follows a regular pattern, with the “macro” product categories accelerating at two distinct speeds: fast and slow. Food & beverage categories grew a mere 2.3 percent in the first three quarters of 2019, while personal care and homecare had stellar performance at 11 percent and 7.8 percent growth respectively.

These are some of the key updates on the China’s FMCG industry from volume two of Kantar Worldpanel and Bain & Company’s latest annual China shopper report, DESPITE SLOWING GDP GROWTH, CHINA COMSUNERS KEEP SPENDING, released today.

The FMCG volume growth in the first three quarters of 2019 increased from that same period in 2018, but could not offset slower growth in average selling prices – a drop from 4.6 percent last year to 3.7 percent this year, only slightly above the inflation rate.

“Even as homegrown products dominate most of their categories in China, consumers have an enduring desire for imports,” explained Bruno Lannes, a Bain & Company partner in Shanghai and co-author of the report. “This is especially true for product categories where consumers perceive foreign goods as higher quality than those produced domestically, such as fragrance, wine and milk powder for example.”

In the first six months of 2019, imports grew by 10 percent, close to twice the rate of overall FMCG growth. This was driven mostly by online sales of imports, which jumped by 30 percent in the first half of 2019. Imports accounted for 35 percent of all online sales in China during this time.

For brands that have not yet penetrated China—or are just getting started—there is a path to success that emphasizes importance of digital platforms as a channel and brand-building tools.

“By concentrating on selling online, foreign FMCG companies gain traction in China without the need to build a complex physical route to market model,” said Jason Yu, Managing Director of Kantar Worldpanel Greater China and co-author of the report.

Larger brands that already have a significant presence in China need to adopt a different approach, one derived from the “4D” model. It is not the full “4D” model, as brands will rarely design products specifically for Chinese consumers when it comes to imports. However, the other “3D” apply fully:

Digitize the China business - Data is the new oil and is key to breaking into market,  this is an algorithm-driven economy and closed-loop consumer engagement models are key

This approach is gaining importance as competition intensifies from Chinese insurgents. In fact, multinationals can also boost their odds of success by taking lessons from those newly successful young companies.

“China continues to be the biggest consumer story in the world, and growing along with those consumers means making thoughtful and aggressive moves,” said Derek Deng, who leads Bain & Company’s Consumer Products practice in China and is a co-author of the report. “With so many players and so much at stake, winning here isn’t a matter of chance.”