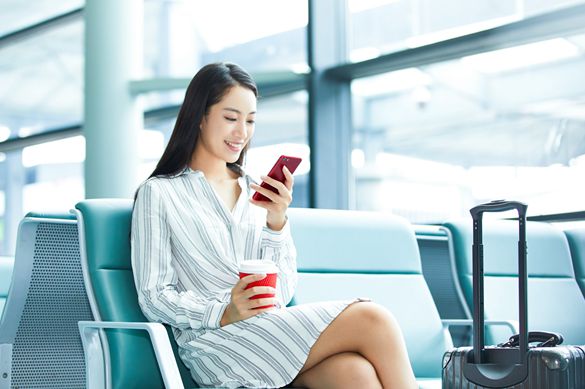 Kantar Comtech today revealed its smartphone OS data for the second quarter of 2020. A full quarter under the “stay-at-home” and social distancing measures, to manage the COVID-19 pandemic, has resulted in significant Smartphone sales volume decline. As consumers adjust to a new environment, Smartphone purchasing shifts to online in most reported markets, accounting for nearly two-thirds of sales in the latest quarter (up by at least 11% points in EU5, USA and Japan versus last year).

Jennifer Chan, Insight Director for Kantar Comtech comments “iOS displays strong year-on-year sales share performance in Q220; the launch of iPhone SE (2nd generation) hits the right spot with consumers and the popularity of iPhone 11 continues. Both iPhone SE and iPhone 11 interchangeably take the top 1 and 2 model seller spots in EU5, USA, Australia, Japan and even in China, where Huawei is almost half of smartphone sales, iPhone 11 is the number 1 model sold. Samsung A series sales performance continues in positive strides, with 2019 A series out-performing sales of A series 2020 launches. The appeal of A series has left a tough act for Samsung S20 flagship to follow; of the EU5 markets, S20 flagships only appear in the top 10 model sellers in Great Britain.

“The desire for lower cost smartphones is a trend we have been monitoring closely for a while; from the category disruption caused by Huawei, the rise of Chinese brands, Samsung A series relaunch and now to the launch of iPhone SE. The emphasis on high quality smartphones, at a fraction of flagship prices, couldn’t be more relevant at a time when many consumers are feeling financial pressures as a result of COVID-19. In EU5, Xiaomi achieves phenomenal year-on-year sales growth this quarter, up 6 share points and overtakes Huawei to become the third most sold brand. More specifically in Italy, Xiaomi makes up 24% of sales share, just one share point shy of Samsung. In Spain, Xiaomi takes 40% sales share, leaving a gap of 18 share points to the next competitor, Samsung.”

Since Google announced it was pulling Huawei’s Android license, Huawei sales have been diminishing across Europe, Australia and Japan. Meanwhile, support for the local brand in China prevails, accounting for 48% of sales (+5% points year-on-year). Surprisingly, the distribution of brand shares has not gone in favour of Samsung as iPhone SE and Xiaomi disrupt the category. Across all markets covered, Samsung share only grew in Great Britain.

Chan continues, “As Huawei struggles to match sales performance of last year, it experiences yet another setback in Great Britain; this month, the UK government announced the ban of Huawei from its 5G network. This not only creates physical barriers for the brand’s intended future launches, but also mental barriers for consumers. Huawei’s association with being a national security concern undoubtedly will raise eyebrows; particularly with increasing publicity around data security. While not yet a top-ranking feature-specific reason for smartphone purchasing, this could change, especially with data security/privacy being heavily focused on at Apple’s developer conference.”

Already among future smartphone buyers, we see Huawei’s brand preference share declining, the recent announcement is likely to hurt brand performance further. Xiaomi, as the next competitive Chinese brand, is likely to capitalise from the situation as well as other emerging Chinese brands such as Oppo, OnePlus, RealMe and the likes.

Chan continues: “As many countries enter a second wave of the pandemic, it’s tough to visualize when the end-in-sight may be. Fortunately, only a small portion of consumers plan to cancel their plans to buy a smartphone (no more than 12% across all markets). Instead, most consumers will buy as originally planned or delay their purchase. Delayed purchasing implies that the average length of smartphone ownership will increase.

There is also a portion of consumers who plan to spend less. With Samsung focusing on A series and Apple on iPhone SE (2nd generation), it puts these giants in a desirable position for consumers seeking low/mid-tier devices (Huawei’s stomping ground), outside of Chinese brands. Although cannibalization is likely, demonstrated by Samsung A series relaunch last year, driving brand loyalty is key for manufacturers as the category becomes more brand fragmented and price tiering distinct. When consumers switch brands, manufacturers will have to wait a whole upgrade cycle (approximately 24+ months in most markets), before the opportunity to win them back arises – and a lot can happen in 2 years.”