FMCG market up by 3% in the first 8 weeks 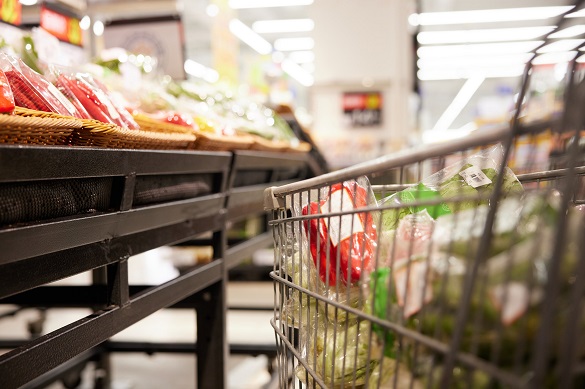 Kantar Worldpanel reveals that fast moving consumer goods (FMCG) market reported a 3% growth year on year growth over the first 8 weeks in 2022. This is one of the most important consumption seasons, covering weeks throughout the Chinese New Year celebration in the country. Sales over the 12 weeks to February 25th, however, recorded a slightly weaker growth of 2.8%.

The latest government statistics also reported a 6.7% increase in the retail sales of consumer goods for the first 2 months of 2022*. However, the COVID outbreaks in the first two months restricted family visits and mobility, and the foundation for a full recovery in consumer spending remains uncertain.

Within modern trade Small/Mini Supermarkets grew its salevalue by 9.3% during the last 12 weeks. ReceivedGifts, a popular form of hospitality, recovered slightly under the festival effect, reaching 19.2% of total market value, 1 percentage point higher than the previous year. Ecommerce continued to slow down during the last 12 weeks asdeliveries were impacted by the holiday break and capacity constraints, reporting a lower sales growth rate of 6.9%.

Among major retailers, Yonghui reports a stable value share of 5.5%. The retailer’s latest trade update alsoreveals 1.6% increase in like-for-like store growth in January and February, as it steadily drove its omni-channel integration and operational efficiency. Wal-Mart and SPAR also retained their share of 5.1% and 1.7%, respectively. In contrast, Sun Art lost share by 0.5 percentage points compared to same period last year.

A polarized trend looms Ecommerce: over the past 12 weeks, strong growth was witnessed in both keycities and counties, the opposite side of the market spectrum. Growth was fueled by penetration and frequency increases at the same time, suggesting positive sales gain from staying put during the New Year season in large cities and ordering festive goods from digital channels in lower tier cites.

Noticeably, short-video marketing delivered eye-catching performances and has demonstrated the potential these platforms have to reach new consumers and grow sales. Kantar Worldpanel revealed that 12.5% urban households ordered FMCG products via Douyin, a popular short-videosharing platform, over the past 12 weeks. More recently, Pinduoduo also acceleratedits short-video investment and upgraded its portal by adding short-video to the front loading page to enhance conversion through a more content-based strategy.