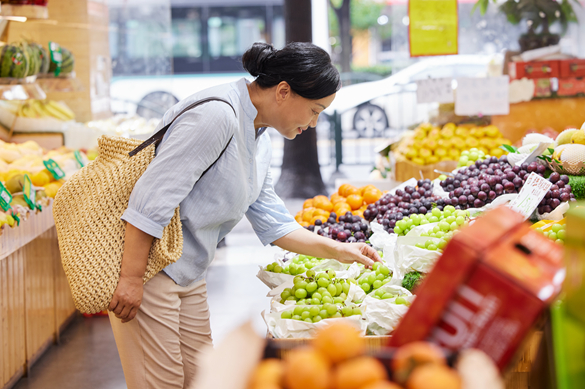 Kantar Worldpanel reports that the total sales value of the fast moving consumer goods (FMCG) in China climbed slightly by 1.0% in the 12 weeks to October 8th 2021. The south of China contributed the most to the overall market growth with a sales increase of 2.4%.

Modern trade (including hypermarkets, supermarkets, and convenience stores) showed a deceleration in their rate of decline posting a fall of 1.3% in value sales versus the same period last year.

Both hypermarkets and large supermarkets continued to decline as did convenience stores which decreased by 5.7%. However, small/mini supermarkets maintained its fast growth with a 9.0% increase compared to last year.

The Sun Art Group leads the market with its sales value share of 8.6% in the last 12 weeks. Yonghui Group recently announced that its sales in the third quarter grew by 3.9% compared to the same period in last year.

Its omni-channel developing strategy brought a satisfying result, growing its market share by 0.2pts year on year to 5.5%. Yonghui converted its 35 stores into warehouse stores in the third quarter, and the online sales of Yonghui contributed 13.9% of its total revenue up to Q3 this year.

Local retailer SPAR Group rose 0.4pts and reached 1.8% of market share. Jiajiayue under the SPAR Group reported a year-on-year uplift of 5% in Q3 2021, according to its quarterly report.

E-commerce maintained an upward trend, growing by 13.8% year on year

Online buyers increased their shopping frequency by 25.5%. In the past 12 weeks, there were 72.2% Chinese urban households purchasing FMCG through e-commerce platforms, with an average of 6.6 orders.

Among the major e-commerce players, Alibaba Group remained its leading position, yet lost 3.6pts falling to an online market share of 40.4%.

Pinduoduo grew its sales by 3.9pts to 11.0% of total online market share, mainly driven by its consumer expansion.

Kantar Worldpanel’s survey of 4,285 consumers nationally showed that 63% of consumers have paid attention to the “11.11” promotions this year and nearly 77% of them claimed that they have followed multiple e-commerce platforms to find the best deals.

Livestreaming broke the record on the first day, as Li Jiaqi and Viya sold 20 billion RMB worth of goods.