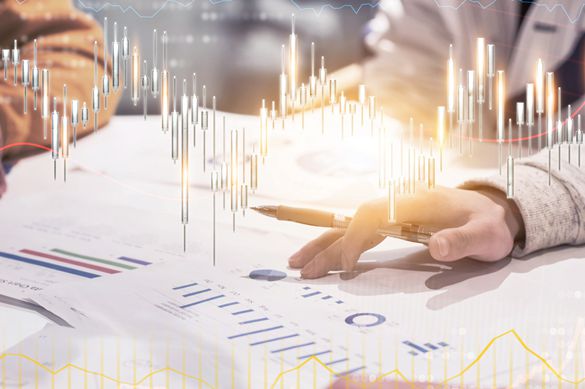 Kantar Worldpanelâs latest figures for 12 weeks ending 21st February 2020 reports that consumer spending on FMCG in China experienced a drop of -3.8% compared with the same period last year. The decline came as a result of most consumers across China staying indoors, as well as many shops closing during the past two months. According to the latest official statistics, China's retail sales of consumer goods declined 20.5% year on year in the first two months of this year

Modern trade (including hypermarkets, supermarkets, and convenience stores) fell by 2.7% in the latest 12 weeks compared with last year. Against the backdrop of declining of total FMCG market,Â the household products sector bucked the trend with a value growth of +8.5%, mainly contributed by cleaning and disinfectant products.

During the reporting period, most modern trend retailers were affected by the epidemic. Yonghui outshone its peers and achieved a staggering growth of 11.2%, driven by its strong ability in attracting more consumers and enlarging basket size. As the demand for fresh foods surged during the outbreak of epidemic, Yonghui managed to grow with its wide store portfolio and strength in its supply chain.Â Â

Meanwhile, E-commerce growth slowed down but maintained a high level double digit growth of 21.5%, despite challenging transportation restrictions and staff shortages amid the coronavirus outbreak. Growth of the E-commerce market was driven by an increase in penetration of 8.2ppts compared with the same period last year. Alibaba group saw a strong uplift in penetration with a jump of +7.9 ppts, followed by JD (penetration grew by 3.9 ppts). 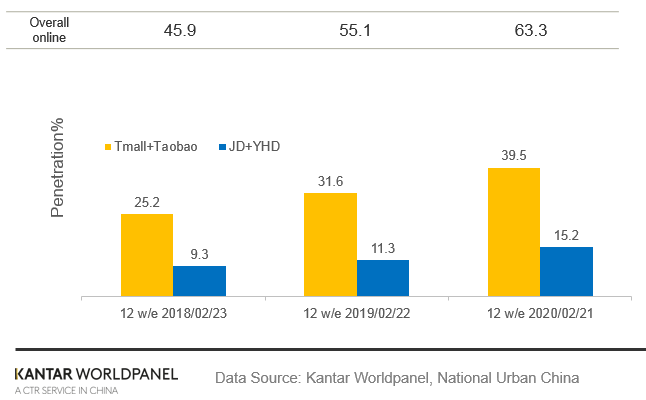 During the epidemic period, consumers turned to online delivery as they stayed indoors.Â O2O platforms (including retailerâs own delivery platform, JD Daojia, Ele.me etc.) became extremely popular as they recorded a penetration of 14.6%;Â Hema has nearly doubled its penetration in the past 12 weeks. To meet the booming demand for home delivery and to solve staff shortage, e-commerce platforms, like Hema, as well as other grocery retailers, such as Yonghui and Walmart, have been creative in hiring thousands of temporary staff from small firms and restaurants whose operation have been severely hit by closures.