FMCG in Q3 up by 5.6% amid economic uncertainties 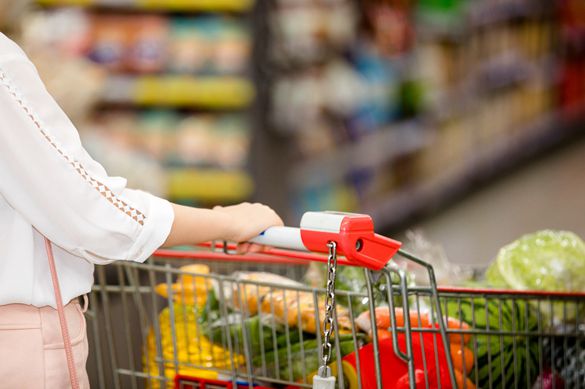 Kantar Worldpanel, the global market leader in consumer panels, reports that the total spending of fast moving consumer goods (FMCG) grew by 5.6% in the 12 weeks to September 6th, compared to the same period last year. Stronger growth in lower tier cities, E-commerce channels, and higher inflation driven by food remained the key drivers. The real growth in FMCG is shadowed by downward pressure of macro-economy and lingering China-US trade uncertainties.

Modern trade (including hypermarkets, supermarkets, and convenience stores) slowed down posting a growth rate of 1.7%, although all four regions except West region are seeing a stronger recovery momentum. Hypermarkets continued to struggle during Q3, experiencing a drop in penetration of 3.3ppts versus the same period last year. E-commerce remained a bright spot with high speed growth of 36.2%.

Sun Art Group maintained its leading position and stopped the decline in Q3. The retail group represented 8.3% of FMCG value share of modern trade in latest 12 weeks and has been investing heavily in in digitalization, which is starting to pay off. The one-hour delivery service “Taoxianda” improved both frequency and customer loyalty. During the “6/18” promotion event, RT-mart reported over 1000 daily orders per store, as consumers are actively use RT-mart to fulfil their needs. Sun Art also restructured their hypermarket stores by increasing the number of fresh food SKUs and developing ready-to-cook and ready-to-eat products to enhance their competitiveness as shoppers’ lifestyle evolves.

In Q3, Carrefour slowed down its decline to -5.3% in Q3.  During the last quarter Suning has announced the completion of its acquisition of Carrefour, and moved swiftly to consolidate its operation first by opening 200 In-Carrefour stores to sell home appliances and electronic products.  Suning also plans to export its supply chain and digital operation capability to Carrefour to help it compete more effectively in lower tier cities. On the back of the physical presence of Carrefour and Suning’s smart-retailing infrastructure, the enlarged group now holds 3.2% value share in China’s modern trade.

Amongst top 10 leading competitors within modern trade, Walmart remains the only global players.  On Oct 11th, German wholesaler Metro AG also agreed to sell a majority stake in its Chinese operation including 97 stores to local giant Wumart as well as its technology partner Dmall.  The move will help Wumart further expand its presence at national level and leverage Metro’s excellent sourcing capabilities.

Despite severe pressure facing global retailers, US warehouse club operation Costco and German discounter Aldi remained cautiously bullish about their expansion in China.  When Aldi opened its first store in August many shoppers in Shanghai flocked to the store to benefit from the deep discount promotions and Aldi saw more than 200,000 shoppers sign up to their membership program. Aldi’s opening day actually made the headlines as the store had to be closed for 4 hours due to overcrowding.  Costco just announced it will open a second store in early 2021 also in Shanghai.  Aldi, however, is taking a different approach to adapt to the China market, opting for smaller stores that are equipped with WeChat-based CRM scheme and delivery options.  Aldi will open two more stores in Shanghai in October.

Both Aldi and Costco used Tmall Global as a launchpad to test the water and gain more insights on Chinese consumers. They focus on private label products which can sell at lower price but superior quality. With their distinctive value proposition and imports as main draws, both players are yet to secure long-term success in China where shoppers are less loyal to particular stores and have plenty of choices both offline and online.

Despite a tough overall trading environment, the online channel experienced a 36% growth in sales, far outstripping other channels. 58% Chinese shoppers bought FMCG online in last 12 weeks with an average frequency of 4.6 times and average spending 115RMB per trip.

Alibaba maintained its leading edge with 1/3 of the China urban population making an FMCG purchase through Alibaba platform. It recently acquired cross-border e-commerce platform Kaola from NetEase for approximately US$2 Billion to further enhance its market position in imported products.  Driven by its lower-tier city success and content-driven live-streaming platform, Alibaba is well positioned to further grow in the Chinese retail space.  In its latest investors’ conference, Alibaba unveiled their five-year goals for the China consumer business which is aiming to serve over 1 billion consumers and top 10 trillion RMB GMV (Gross Merchandise Value) by 2024.