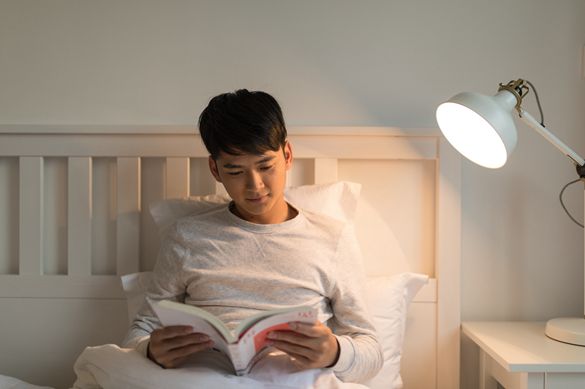 The men’s beauty market in China looks to be more promising than in many other parts of the world, according to new research from Kantar Wordpanel.

A new study, analysing the behaviour and attitudes of 22,000 men across eight countries finds that globally, 32% of men say that it’s important to keep up with the latest fashion. This rises to 45% among Chinese men, who are also more interested in trying to look and stay young than average. That said, they are less willing to spend time on themselves, with 8% saying they do so, far behind the global average of 29%.  Ashley Kang, Beauty sector Head for Asia at Kantar, said: “Chinese men have the interest but haven’t yet developed the habit of pampering themselves nor the knowledge of how to.”

Kantar’s data shows that the products used by the most consumers in China are hygiene products like shampoo (used by 99% of men), toothpaste (100%), shower gel (74%), and razors (both manual and electric) 88%.  Ashley Kang, continues: “For the average Chinese man, grooming is strongly linked to staying clean and looking at his best in his natural state. This indicates there is opportunity for growth through education and endorsement of various products.  For example, products like fragrances or pre-shave treatments which are used respectively by 26% and 38% of men globally, are all below 5% in usage in China, almost non-existent.”

However, there is a group of Chinese men who have adopted more sophisticated grooming habits. This is particularly evident in facial care, with more Chinese men using facial moisturiser than in any other country (64% compared with a 10% global average) and face wash (63% compared with 25% globally).

“Chinese men are showing greater concern around uneven skin colouring and sagging skin than the global men on average”, Ashley Kang, continues. “Given this tendency, we expect to see new products coming to market which meet functional needs such anti-aging or whitening. Brands should start with hygienic products and focus more on the facial care than hair or body to win Chinese men. Products which are more functional tend to be unisex than male-specific, indicating that there is growing market for this more sophisticated group which has not been fully catered to”.

Ashley Kang, continues: “Globally, it’s a promising picture for beauty brands and manufacturers.  Men are increasingly comfortable buying, using and enjoying grooming and care products and they’re developing a better knowledge of what’s on the shelves. In China there’s two distinct groups, those who are very involved and interested in pampering themselves and willing to invest their money and time and others who just are not convinced of the need for personal care products in their lives. Brands need to decide which target consumer to address. It’s not possible to meet everyone’s needs - the gap between the two is too great.”

“If you choose to go with unconvinced group, ensure simplicity and convenience is there.  Don’t make them think twice and try to build your brand into their daily habits. Should you choose to address the more sophisticated consumers, beware that the ‘macho’ aesthetic will not resonate in Asia. We’re seeing a more ‘genderless’ version of masculinity in the media and even in our everyday lives.”

Looking across the countries included in the study, the research shows Brazilian men leading the charge when it comes to grooming, being 87% more likely than the global average to experiment with facial hair, 61% more likely to buy the latest brands and products, and 36% more likely to say that their looks are important to them.  This correlates with a more self-critical approach to personal beauty, with Brazilian men reporting far higher levels of concern around conditions like acne and greasy skin than average.

The search for eternal youth

There’s a recognisable disparity in how much men around the world care about ageing, with British men the least concerned.  Less than a quarter (23%) say they are bothered about looking young, in comparison to 58% of Chinese men and half of Italian men.  Ashley Kang, explains: “In China, looking young is an indicator of a balanced and healthy life.  Chinese people firmly believe that beauty comes from within and that unless you have well balanced health, it is difficult to achieve good look on the surface.”

While German men rank among the bottom four when it comes to the importance of looks and having a youthful appearance, they are considerably more likely to be found splurging on their personal care routines – 68% say they like to spend lots on beauty products versus a global average of 21%. And, despite being known for their cultures of personal care, American and French men are the least likely to want to splurge, with only 10% and 11% of men pointing to a high level of personal care spend – suggesting they view personal care not as a necessary expenditure rather than a nice-to-have.