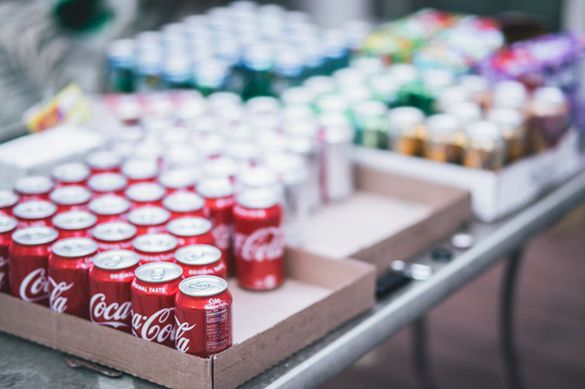 This ranking has been traditionally dominated by local Chinese brands: Chinese drinking water brand Nongfu Spring won back-to-back No.1 growth champions in 2017 and 2018. There was only one foreign brand in the top 10 fastest growing brand ranking respectively in the recent two years: Yakult at No.6 in 2018 and Lay’s No.10 in 2017.

Coca-Cola is a surprise winner because the industry used to believe that as consumers become more concerned about their health, carbonated soda drinks like Coca-Cola will inevitably start their free fall. Then how come Coke is having such a robust performance in China?

Brand Footprint Report from Kantar Worldpanel is an annual report covering 49 countries and regions on five continents, 21,400 brands, 72% of the global population and 85% of global GDP. The ranking is based on a real consumer behaviour index: Consumer Reach Points (CRP). An innovative metric that measures how many households around the world are buying a brand (penetration) and how often (frequency), CRP provides a true representation of shopper choice.

In this year’s China ranking, local brands again swept the top 10 CRP slots: Chinese dairy brand Yili and Mengniu still got on hold of the champion and runner-up positions with more than 1 billion CRPs. Master Kong ranked No.3.

The fastest growing brand, however, is Coca-Cola, which was jokingly nicknamed by Chinese consumers as “happy water for fat otakus”.

* Smaller packages of conventional flavour Coke (500 ml and below) generated enough growth to offset the decline of bigger packages of traditional Coke (800 ml and above).

“Generally speaking, the category of soda drinks started its recovery last year. The major driver is the ‘small package’ strategy by major brands, which played nicely to serve the increasingly ‘segmented drinking occasions’,” said Marshall Wang, senior account executive of Kantar Worldpanel China. “As drink consumption occasions get ‘segmented’, people no longer want to drink a large volume of a same drink in one occasion; instead, they want to frequently consume smaller volumes of one or a couple of types/brands of drinks in multiple occasions.

“At the same time, small packaged Cokes helped to recruit many first-time shoppers. This is because smaller sizes have convinced them that they would be in control of the calories they would intake,” he said.

“Also, there were many disruptive new or revival brands in soda drink category in China last year, such as Watsons, Arctic Ocean (???)?Ice Peak (??)?Hankou Er Chang (????). But they are very different from the sub-category of coke and haven’t lured coke consumers away.”

In fact, Coca-Cola’s success is replicable. Kantar Worldpanel has summarized the drivers behind its growth into the following four key points:

1. Understand consumers’ lifestyle changes and reshuffle existing product line. The biggest declining SKU in coke sub-category is the large size coke products (2L and above). It is because large size coke products are mostly consumed during large family dinner or group meals at restaurants. But as the size of Chinese families gets smaller, more people eat lunches alone, as well as people’s drinking habit gets more personalized, it is now very rare for a large bottle coke to be shared by a table of people. So instead of work hard to rescue these declining SKUs, brands should choose smartly to promote small packaged drinks because they are more suitable for more personalized and segmented consumption occasions;

2.  Focus on emerging consumer demands and launch new products following these trends. Zero Coke and Fibre Plus Coke are Coca-Cola’s answers to consumers’ growing need of reducing intake of calories;

3. Premiumization is still one of the key trends of China’s FMCG market. Kantar Worldpanel’s research has found that consumers care more about if new products can fulfil their needs, and care less about the extra price they need to pay for these benefits. In Coke’s case, small package Coke’s per litre price is much higher than large bottle Cokes, but consumers don’t really care about per litre price – they care about the special features that small package Coke’s can provide, such as easier to carry, faster to be iced, easier to control energy consumption, etc;

4. Always deep-dive to study the “Micro Moments” of consumption. Kantar Worldpanel has identified more than 300 “Micro Drinking Moments” after segmenting all drinking occasions by four dimensions: consumer, time, location and event. By conducting deep-dive studies into certain “Micro Moments”, brands can think outside of the box and find new growth opportunities.

To help brands fully unlock and realize these opportunities, Kantar Worldpanel has recently launched a new solution – Beverage Occasions Panel. It has recruited 10,000 sample consumers to record their all non-alcoholic drink consumption behaviours over 365 days, 24 hours a day.