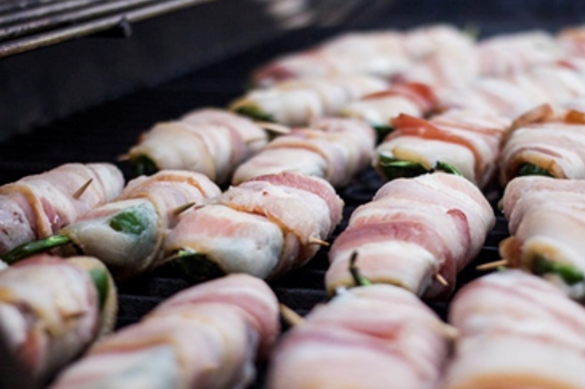 Sausages (up 41%) and burgers (up 48%) continued strong runs of sales growth in the four weeks to 14 June - helped by Brits enjoying the good late spring weather with barbecues. 53 million barbecues were held in the 12 weeks to 17 May, treble the number held at the same time last year.

Belly pork meanwhile attracted 300,000 more shoppers in the four weeks to 14 June, as the sector grew strongly for the third consecutive four-week period, boosting fresh pork sales - which grew at 28% over the same period. Bacon grew by £27m in the latest four weeks – its performance bolstered by cooked breakfasts becoming more popular during lockdown.

Marcelina Fedczyszyn, consumer insight director at Kantar said: “Consumers are still looking for efficiency in cooking. Despite the rise in cooking from scratch, the average time taken to prepare a meal has not increased during lockdown. Cuts such as belly pork lend themselves well to consumers’ needs at the moment - they’re easier to prepare than other cuts and are eaten as more of a treat - consumers tell us they are more likely to consume belly pork when they fancy a change.”

Chilled fish meanwhile saw the start of a resurgence after a slow start to lockdown – chilled smoked salmon grew for the second four-week period in a row, attracting 400,000 more shoppers in the four weeks to 14 June compared with the corresponding period last year.

Andy Crossan, strategic insight director, Kantar, said: “The lack of counters in supermarkets will have no doubt played a role in the slow start for chilled fish – 64% of counter shoppers tell us that they are missing their presence in-store. Frozen fish has continued to fare well during this tough period, as people – especially families - have far more meals to prepare.”

Key to the performance of the market in future will be how meat, fish and poultry shoppers cope in a recession as lockdown life begins to ease. Andy commented: “We predict product choice will be the most prominent way meat, fish and poultry shoppers will manage the financial pressures of the recession that looms – especially as the early signs are that retailers will rely less on promotions compared to the last recession in 2008 and everyday low prices will be used more.

“Burgers were a big winner during the last recession so it will be interesting to see if the sector continues its lockdown form, especially as the out-of-home market begins to pick up.