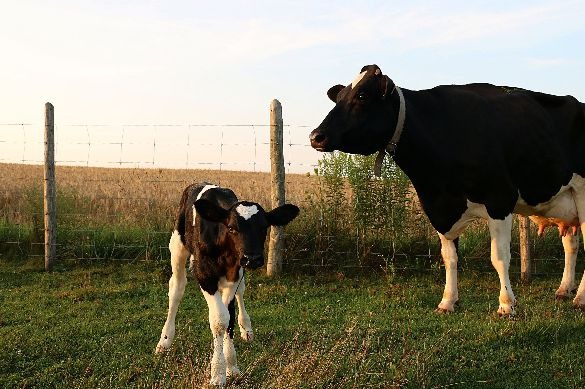 The dairy market grew by 17.9% over the 12 weeks to 17 May, outperforming the overall grocery market (up 14.3% over the same period). This is the fastest growth dairy has seen over the COVID-19 period – and is a marked increase on the 10.7% growth over the 12 weeks to 22 April, putting the value of the market at £3.1bn. Shopper behaviours remain fairly steady as lockdown continues; shoppers are purchasing less frequently (-0.2% vs last year) and buying more when they do go in store, with volumes up by 15.7%. This is the same dynamic as we see in the wider grocery market, where the trend is even more pronounced.

Shoppers continue to stay close to home, with convenience stores and online shopping both growing faster than other channels and attracting new shoppers. Online in particular performed strongly, with dairy spend through the channel growing 43%. The top performing retailers were Ocado and Co-op, which grew the fastest of the major retailers at 41.9% and 31.3% respectively. Co-op has also seen the largest growth in share over the last 12 weeks adding 0.2 percentage points to its position and ending the period with a 7.6% share of dairy spend. Nevertheless, the multiples still remain the largest contributors to the growth of the market. ASDA lost 0.5 percentage points in share, growing behind the market at 7.1%, and ending with a share position of 12.1% compared with 13.4% in February 2020. The retailer’s online channel has been outperforming that of the major multiples, but with it’s traditional stores falling behind.

The fastest-growing category in dairy is cream, which grows by 32%. However, the category remains fairly small, with just a 0.3% share of dairy - the same as last year. Butter still performs strongly growing 29.3%, with eggs not far behind at 28.6% and margarine at 26.4%. Margarine has seen the most turnaround, having been in 5.7% decline in February. This is likely due to an increase in baking and desserts as we indulged ourselves in the first month of lockdown.

More affluent demographic groups are powering growth in dairy, with ABC1 shoppers accountable for 62% of growth, whereas in February they were reducing their spend in the category by 14%. In contrast to the wider grocery market, dairy has seen the greatest contribution in spend coming from shoppers aged 45 to 65 with no children living in the home. However, when looking at shoppers’ dairy spend over the last 12 weeks, the most significant rise compared with last year is from families with children aged five to nine which spent on average £104 last year and £131 this year, and family groups in general, as shoppers are catering for more people and meals eaten within the home.

Promotions also continue to reduce compared with last year as the volume of dairy sales on promotion down in the last 12 weeks to 13.4%. This is also a decline on last year’s 17.3%. This is likely a result of retailers pulling promotions from the market to protect availability and because shopping in convenience stores gives fewer opportunities to take advantage of certain deals. The main categories behind this dynamic are milk and eggs, which have reduced the most. However, both categories continue to grow through base sales with eggs being the third fastest-growing dairy category in the last 12 weeks.

As we look to the future, with the phased re-opening of non-essential retail, we may see consumer behaviours gradually return to normal. The current projection is that take-home sales at the grocers could be up 12% over the course of 2020 as a whole, therefore dairy may well continue to see growth in the coming periods.