A slow start to 2020 for dairy sector 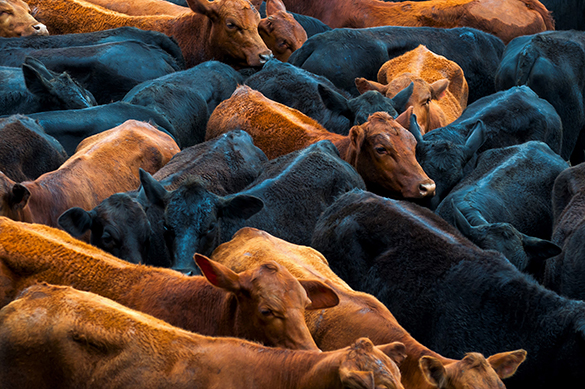 The dairy market has seen another step backwards over the past 12 weeks. Growth was 0.5% during the 12 weeks 26 January 2020, compared with the 0.6% seen in the previous period. This has cost the market £4.2m in spend compared with last period, with butter accounting for much of this. The overall grocery market shows the opposing trend – recovering from its slow in growth at the end of 2019, to achieve 0.3% growth in the last 12 weeks.

The nation’s biggest retailer, Tesco, kicks off 2020 already in a decline of £12m compared with last year (-1.7%). The retailer’s fortunes in the sector are due to sales of milk falling back by £4.6m (-2.3%) and  yoghurts declining by £3.5m (-3.8%). It is older, class C1 shoppers and retirees the retailer is losing, both at an overall level and within milk. This is most likely due to Tesco stepping back its volume deals in the sector. Sales on promotion in dairy were down £10m, and this trickled down to milk where X for £Y promotions were down by £4m. Though the retailer’s full price milk sales have grown by 1.6%, this is not enough to offset the losses which come from promoted sales (-0.3%).

While butter sales overall were in decline, Lidl bucked the trend and grew its contribution to growth this period by £1.5m compared with last year. This growth has come from a strong mix of Temporary Price Reductions (TPRs) and base sales. The highest contribution to spend comes from under 45 year olds, class C2 and D shoppers, pre-families and young families. This is very similar to the picture in the overall dairy market and within butter, which is performing strongly with under 28 year olds.

Sainsbury’s on the other hand, is struggling within the category. Butter sales have declined by 5.9% year on year, feeding into an overall decline in dairy. The retailer is seeing a similar demographic mix as the total butter market with older, Class C1, retirees spending less in the category but the retailer is not recovering this decline through younger, more affluent shoppers.

Veganuary is the word of the month for January, and we have seen the effects of this ripple through the sector. Plant Based dairy alternatives have attracted 4.4% more trips and 2.7% percentage points more penetration than last year with shoppers spending almost £1 more than in the same 12 weeks last year. This suggests the rise of veganism is continuing and will be a trend throughout 2020 providing opportunities for manufacturers and retailers alike.