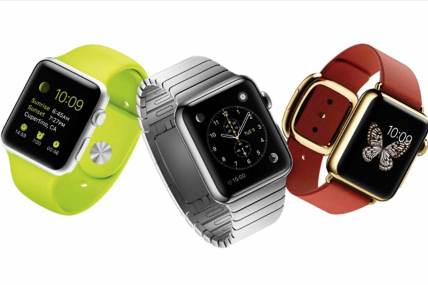 Only 6% of current iPhone users own a wearable device.

To unprecedented hype, Apple revealed its long-rumored wearable device on September 9. Called the Apple Watch (not iWatch, as many had expected), the new device will come to market in early 2015 with three variants: Apple Watch, Apple Watch Sport and Apple Watch Edition.

According to Kantar Worldpanel ComTech July 2014 data, the smartwatch market in the US has a penetration of less than 1%, while fitness bands reach 2.8% of the consumer addressable market. Yet, smartwatches are not hard to find as manufacturers Pebble, Sony LG and Samsung have brought several models to market. When it comes to market share, Samsung's early investment has proven successful: the brand has captured just less than half of the market with 43% share. Pebble is the second most popular brand with 15%.

I believe three key ingredients make smartwatches a mass-market opportunity: design, use case and price. If either of the first two is addressed, the third no longer matters. In other words, if you make it either beautiful or extremely useful, consumers will pay for it!

Apple has clearly bet on design, making its Apple Watch look very familiar to users. It even has a crown like an analog watch. Apple is also offering the highest degree of personalization, not just of the screen but of the design, enabling different materials to be used for the watch face and strap. Apple is clearly appealing to the more irrational and visceral part of a consumer's purchasing decision with its design. Once the consumer's attention is grabbed, the "stickiness" to the device and the brand will come from the user interface and the user experience.

Appealing to the visceral versus the rational might be a better way to expand the opportunity of these devices. Focusing on key functions such as payments and fitness might also make it easier for users to understand the role Apple Watch will play in the portfolio of products they own.

Lastly, providing a health app as well as a fitness app also shows an attempt by Apple to appeal to a broad group of consumers who might want to improve their health levels but who are not fitness enthusiasts.

At $349, Apple Watch is not for everybody, but with only 6% of current iPhone owners in the US currently owning a wearable device, it is clear that the opportunity for Apple is not small.

Apple's strategy does not seem to be about finding a new use case - as much as Digital Touch is new and might catch on - but about taking a full end-to-end approach, from the design to the user interface to the apps. The result is a product that is more grounded and has an appeal that goes beyond early adopters and tech-savvy users.