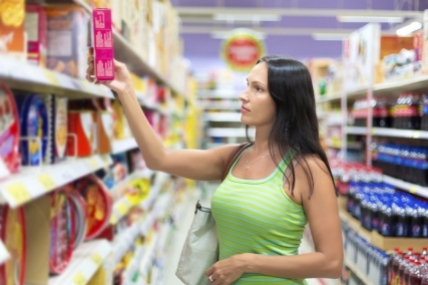 Filipino shoppers are placing high value on retailer attributes such as accessibility, trust, and distance from home, according to a study by Kantar Worldpanel, the world leader in consumer knowledge and insights based on consumer panels. The Smart Shopper 2015 study reveals that these three attributes drive consumer visit and loyalty to the Top retailers in the country.

Kantar Worldpanel’s Smart Shopper 2015 study highlights data on consumer trends in each shopping channel, and at the same time, records what consumers think of retailers given different attributes. “The Smart Shopper study tells us what consumers think of the shopping destinations or retailers in the Philippines. The study also looks at the attributes that consumers use in determining where to go to buy their FMCG (fast moving consumer goods) needs,” says Lourdes Deocareza, New Business Development Head, Kantar Worldpanel Philippines.

These Top 3 attributes – accessibility, trust and distance – reflect how the Filipino shoppers prioritize convenience and trust when it comes to their retailer of choice. Accessibility refers to the convenience and ease in going to the store, while distance factors in proximity of the store to one’s home. Other attributes that consumers value include: satisfaction of needs, orderliness of the shelves, and store premises’ cleanliness and lighting, among others.
Data from Smart Shopper 2015 is based on a questionnaire Kantar Worldpanel administered across 2,000 urban homes nationwide

Deciding Where to Shop

In the same study, Kantar Worldpanel also measures the decision making process shoppers go through when choosing a retailer to patronize. These were measured in terms of awareness, proximity to one’s home or office, consideration for future visits and the probability a retailer will be the next shopping destination versus actual times consumers visited the stores in the last 12 months.

Of the five local retailers, Mercury Drug, SM and Robinsons, enjoy the highest consumer awareness. In particular, Mercury Drug stands out in terms of accessibility with 86 percent of consumers saying there is a branch near their home or office, with Puregold and SM following with 59 percent and 46 percent respectively. While very few consumers (6 percent) considered Mercury Drug as the retailer they were going to visit the next time they shopped, more than 6 out of 10 consumers (64 percent) actually found themselves visiting the retailer. Furthermore, fifty one percent (51 percent) of shoppers considered shopping in Puregold, with 46 percent of shoppers actually visiting the retailer in the last 12 months. Similarly, 42 percent of shoppers said they would consider SM as a shopping destination, with 40 percent actually finding themselves in one of its stores in the past year.
According to Kantar Worldpanel, the key driver for increased visits to Mercury Drug is the consumers’ perceived convenience and accessibility of the store. Mercury Drug has about 1,000 branches nationwide and has more than 100 stores that are open for 24 hours.

“The Smart Shopper study of Kantar Worldpanel allows retailers to get to know their strengths and weaknesses in order to sustain or increase consumer visits and patronage. A better understanding of customer priorities would help boost the sales of retailers and improve their customer’s overall perception of their store,” Deocareza added.