Tea vs Coffee: The battle for the Vietnamese tastebud 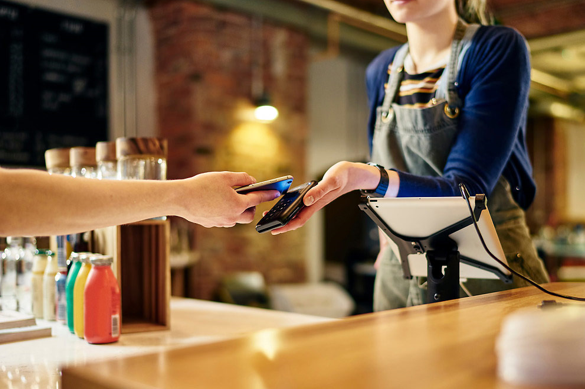 Ho Chi Minh city (HCMC), also known as Saigon, is Vietnam’s largest economic hub and represents the land of opportunities for many investors and entrepreneurs. With higher income and living standards and a big proportion of Millennials, the city witnesses a mushrooming number of tea and coffee shops opening (and also closing) every day, ranging from global giants, regional chains to local chains, start-ups and small independent stores. This not only brings more choices for consumers to hangout but also increases the competition amongst providers. Popular brands to name a few are Starbucks, the Coffee Bean & Tea Leaf coffee giants from the US; regional tea chains, mostly from Taiwan, such as Gong Cha and Koi Thé (also known as 50 Lan in Taiwan) and The Alley to local chains like The Coffee House, Highlands, Trung Nguyen and the countless number of independent local stores. Some of them target the young generation whereas others focus on middle age consumers. Some positioned themselves as take-away shops, whereas others provide comfortable places for consumers to stay for longer, providing large spaces and public amenities. Vietnamese drinkers also come to tea and coffee shops for various purposes. Teens and students (Gen Z) prefer to gather with friends or to study while Millennials and older groups tend to spend time there with their family, to work or even have meetings. The young generations, especially Millennials, who go out more will be the key target group to shape the future tea and coffee drinking trends as well as to boost the growth of Out-of-Home consumption.

Surprisingly, in Ho Chi Minh city, the size of tea including RTD (ready-to-drink) and RTS (ready-to-serve) tea is almost double that of coffee, according to the initial data of Kantar Worldpanel’s Out of Home (OOH) panel conducted in the city (1). What is the reason behind tea taking such a broad lead on coffee?

Tea-based drinks are proven more popular by penetrating over half of the HCMC population while coffee reach is about one third of the city’s population. Among the top choices for savoury tea drinks, milk tea is the favourite option, which has been on average, bought by one out of five Saigoneses at least once in September 2018, followed by peach tea and matcha or green tea. Consumers are also willing to pay much more premium prices for the top three tea drinks, which is 1.5 to 2 times higher than other tea-based choices. Furthermore, Vietnam milk tea market is heating up in recent years. The number of franchise stores has exploded from street corners to shopping malls, thanks to many foreign players which have been expanding into the land especially in key cities. As such, the bubble tea market is expected to enjoy a tremendous growth and continue evolving with a wider variety of brands, flavours and toppings.

On the other hand, although Vietnam is the world’s second biggest coffee producer, coffee earns less from consumers for out-of-home beverage consumption as it tends to appeal less to the mass (unlike tea) and attracts a more unique consumer base that are frequent coffee drinkers. Traditional Vietnamese black (ca phe den) and brown coffee (ca phe sua) are amongst the most popular coffee choices. However, the market observes modern or western-influenced coffees like cappuccino, mocha and ice-blended coffees (frappe) are rising in popularity, accounting for ¼ of the category revenue. This is definitely something to keep an eye on and to monitor regularly in the coming months and years to see how the new coffee styles along with the growing number of modern coffee chains are making a bigger play and impact on the more classical and traditional types of coffee styles.

In terms of places HCMC consumers usually go out for tea and coffee, the top three branded shops conquering HCMC citizens today are The Coffee House, Phuc Long and Highlands. Interestingly, within these coffee shops, coffee drinks account for half of the consumer spending only while other beverages such as tea, fruit juices and soft drinks dominate the other half, which means they are also important SKUs for coffee retailers.

Looking forward to 2021, Ho Chi Minh city is being ranked as second fastest growing city among the top 20 cities in Asia, just after Delhi (India) by Oxford Economics. It promises huge opportunities amidst fierce competition driven by high demand and fickle-minded consumers that are less likely to be loyal to any particular brand. Ones with a “business as usual” mindset today may lose their ground tomorrow if they don’t keep up with the rapidly changing retail landscape and the consumers’ changing needs for better quality and more premium taste or experience. The success recipe lies in the hands of those who are strong in equity for long-term investment, well-informed and agile in adapting to market changes and intuitive in innovating to keep exciting and engaging with their customers.

*Follow the link on the right side of this page to download the article in English and Vietnamese.