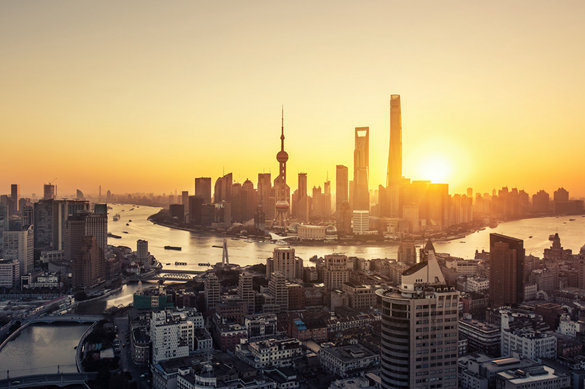 The performance of the China food and beverage sector has been somewhat lackluster, particularly when you compare it to other sectors of fast moving consumer goods (FMCG) like personal care products which recorded double-digit growth. Kantar’s analysis also showcases that both single purchase volume and purchase frequency of food products has dropped, which may be attributed to market saturation, economic uncertainty and social challenges revolving around slowing population growth.

E-commerce is a major channel driving growth in the F&B sector. The average growth rate of F&B through all channels is 3%, but when viewed by itself the growth rate in e-commerce hit nearly 30% in 2018. The increased value contributed by e-commerce rose from 48% in 2017 to 73% in 2018. Jason Yu, Managing Director, Greater China, Worldpanel Division, suggested that e-commerce should be a priority for any F&B enterprises and is not limited to e-commerce platforms but also includes Wechat business and other social e-commerce.

Due to intensified product penetration and increased disposable income, the F&B market in lower tier cities has grown rapidly in recent years. The market share occupied by these cities jumped from 50% in 2017 to 57% in 2018.

Key consumer groups in China’s F&B Sector
Although enterprises want to sell products to all consumers, targeting the following 3 groups should be a priority in the following 5 to 10 years.

1. Senescent population
60 year olds currently account for 17.9% of the population in China, and it is anticipated that the aging population will reach 25% by 2025, representing a potential consumption value of 2831 billion RMB. According to Kantar data, the CAGR of elderly singles and couples hit 7% in 2018. The elderly also tend to prefer high-end food products, particularly health promoting, value-added products.

It is also incorrect to assume that this important senescent demographic is not capable of shopping online. Although currently online shopping accounts for just 7% of their overall consumption, they are now warmly embracing the internet era. The online purchasing growth rate for the elderly is now 41.8%. As expected there is a high degree of correlation between the growth rate seen in this segment and the geographical location of the purchasers, and as you might further expect elderly in the more developed regions of China, particularly the 1st and 2nd tier cities in the east and south are faster adopters of online shopping.

2. Young people in China’s low tier cities
Based on Kantar data, young families living in low tier cities account for 63% of the overall young families in China’s urban and rural areas. The value of F&B products consumed by rural young people hit 236.6 billion RMB in 2018. The penetration of E-commerce and the developments in supply chain, particularly logistics, is a major factor contributing to the surge in growth seen in China’s developing areas. Driven by the pursuit of a better lifestyle, rural young people in these areas are more willing to purchase high-end products online, such as grape wine, health foods and cheese.

3. Generation Z
Generation Z (young people who were born after 1995, short for GenZ) are fast becoming the consumer group with the greatest spending potential in China. At present GenZ accounts for approximately 150 million people (nearly 10% of the total Chinese population). GenZ is expected to account for 40% of all spending on consumer goods in China by 2020. Additionally GenZ will soon come of age and also have a greater role in determining the purchases made by households across China.

According to Kantar the disposable income of GenZ reaches 3501 RMB, which is much higher than the average salary in Shanghai (2400 RMB) and Hangzhou (2100 RMB). Genz place a high priority on novel experience and are willing to try new products and their spending is mainly motivated by social status, public persona, and self-happiness.

Due to slowing growth in China’s food & beverage market, it is highly important for enterprises to launch more differentiated and competitive products to attract consumers. Diversifying product flavors is an effective approach to realize product differentiation as nowadays Chinese consumers are keen to try something novel. This could be best exemplified by Mengniu’s avocado flavored BB-12 yogurt which now accounts for 50% of all BB12 sales. Additionally consumers also prefer food products containing advanced ingredients or manufactured using state-of-the-art technology, packaged in innovative delivery systems that are both attractive and well designed.

Nowadays social interaction is an important element of a complete market strategy for food enterprises. In August 2018 Oreo launched a “tasting project” in China, allowing participants to create a novel flavor. These new flavors were subject to an online vote and the one with the highest number of votes will be Oreo’s next new flavor. This promotion went viral on social media and attracted 1 million participants. Another excellent examples is seen in the case of Korean food enterprise Orion. It successfully promoted its new product named “langligelang” (mandarin pronunciation) using an extremely popular but low-budget H5 game during the 2018 World Cup.

Additionally food enterprises should never ignore the new opportunities emerging in the social e-commerce space. Kantar data shows the F&B sales value contributed by Wechat rose from 6% in 2017 to 16% in 2018, with a penetration rate of 14%. More and more food enterprises are now cooperating with social e-commerce platforms such as Pinduoduo and have launched customized products targeted at consumer groups active across these platforms.

Many e-commerce platforms also offer important marketing and promotion opportunities and offer important opportunities to shape consumer purchasing preference. Take Freshhema (a new retail platform owned by Alibaba) for example. The advertisement algorithm it uses offers consumers targeted product recommendations which vary based on the time of the day and in other ways. Apart from selling, Freshhema also provides useful information such as cooking tips, health tips and other content.

New retail integrates online and offline channels, and it offers new and interesting opportunities to food marketers. KOL recommendation is extremely popular in China and has proven to be an effective way to sell products. KOLs share their experiences through live streams on e-commerce platforms, allowing consumers a more intimate interaction with the brand and the ability to make an immediate purchase.