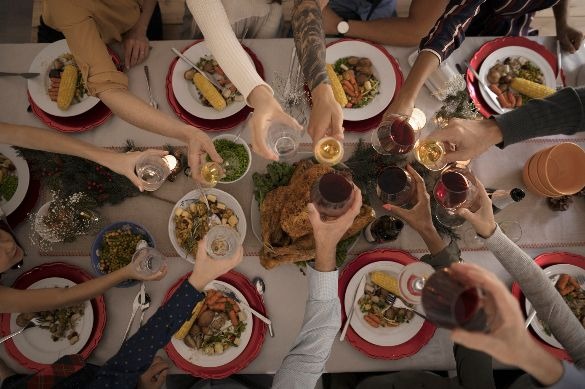 The Irish grocery market hit a new milestone over the Christmas period, as December sales eclipsed €1 billion for the first time on record. The latest figures from Kantar show that although growth slowed in the 12 weeks to 29 December 2019, the market weathered difficult trading conditions to increase overall sales by 1.5% on last year.

All of the major retailers achieved growth over the festive season, albeit not necessarily as a result of typical Christmas favourites.  Charlotte Scott, consumer insight director at Kantar, said: “The nation enjoyed a less traditional Christmas this year with many of the usual seasonal classics falling out of favour. The number of people buying turkey fell by 3% and the trimmings didn’t fare much better as sales of Brussels sprouts, carrots, parsnips and potatoes all declined.  It was a similar story in the dessert aisles as the value of mince pies dropped by 13% and Christmas puddings by 10%. Ham resisted the trend, growing at 5% as shoppers paired it with their Christmas dinner.

“It was a relatively sober Christmas, as sales of alcohol dropped by €10.5 million. Shoppers spent 5.3% less on beer and 2.2% less on wine. Only SuperValu and Dunnes bucked the trend, growing alcohol sales by 3.9% and 0.7% respectively.  Soft drinks sales rose by 2.7% as shoppers turned to alternative, alcohol-free options."

Dunnes retained its position as Ireland’s largest retailer, and was the only grocer which didn’t experience a slowdown in growth compared to last month. Christmas is typically Dunnes’ strongest season, as shoppers trade up to more premium products, and this year was no different. It achieved a market share of 23.6% in the latest 12 weeks, 1.2 percentage points higher than its average over the rest of the year.

Meanwhile SuperValu, which typically performs best over the summer, had a welcome Christmas boost and increased sales by 1.4% – slightly higher than it achieved in the same period last year.

Aldi was the strongest performing retailer over Christmas, with sales up 6.3%, while Lidl’s market share of 10.9% is its highest ever over the festive period. Charlotte Scott continues: “Aldi and Lidl have increased their appeal among shoppers at Christmas and both reached their highest ever festive market shares. While in previous years customers have chosen to do their seasonal shopping elsewhere, Aldi and Lidl found success in 2019 by expanding their ranges and encouraging big shops.”

Both Aldi and Lidl bucked the trend of falling prices across the sector, and saw prices per pack increase during the period. This was down to a concerted push on brands and premium products, evidenced by the popularity of their premium own-label ranges, which outperformed competitors and grew by 9% at Aldi and 6% at Lidl.

Tesco’s growth was the slowest in the market at 0.1%, which saw it lose 0.3 percentage points of market share and fell to 22.0%. Charlotte Scott says: “Despite only marginal sales growth, Tesco remained the nation’s second largest grocer as shoppers embraced its well-known brands and familiar layout over Christmas. Tesco customers made an average of 16.2 trips to store in the latest period, compared with 15.7 last year.”