Consumers pulled back spending ahead of Singlesâ Day 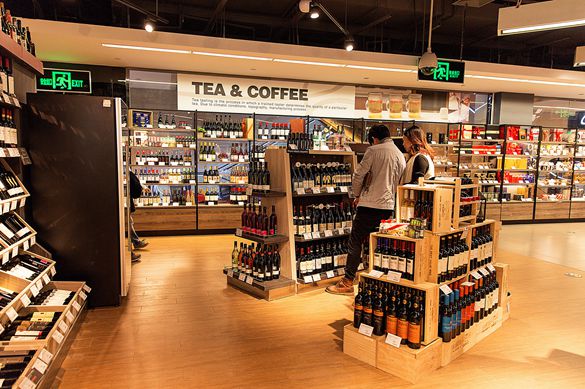 Kantar Worldpanel, the global market leader in consumer panels, reports that overall FMCG market growth remained strong at 4.7% in the 12 weeks to 1st, November.  The growth rate is marginally lower than the previous period as consumers held back their spending ahead of the Double 11 shopping festival. Modern trade (including hypermarkets, supermarkets, and convenience stores) struggled and experienced a drop in penetration of 0.7ppts versus the same period last year, while e-commerce’s growth far outstripped that of any other channels, reporting a staggering 33.5% value growth and 10ppt penetration increase.

RT-Mart showed a noticeable share uplift in the latest month especially in the west and east regions. Recently it has leveraged Taoxianda and Ele.me’s delivery network to further build a seamless shopping experience if consumers want products delivered to their doorsteps within 30 minutes. Walmart saw strong fresh food performance and this sector has been key to its recovery. Recently, Walmart revealed its plan to open 500 new stores and depots (smaller warehouses) in China during the next 5 to 7 years and revamp 200 existing stores over the next 3 years. Many of the new stores will be smaller formats, serving neighbourhood as well as depot warehouses for online shoppers.

E-commerce maintained a steady growth of 33.5%, with 56.9% of urban Chinese households making FMCG shopping online at an average frequency of 4.3 times in past 12 weeks.  The second annual China International Import Expo (CIIE) in Shanghai in early November showcased thousands of imported products that are making their debut in China.  According to Kantar Worldpanel imported products are winning across city tiers through online platforms and as many as 17% of urban families in County level cities and counties have purchased imported FMCG products in the past 3 months, with milk powder and nutrient supplements being the most popular categories. 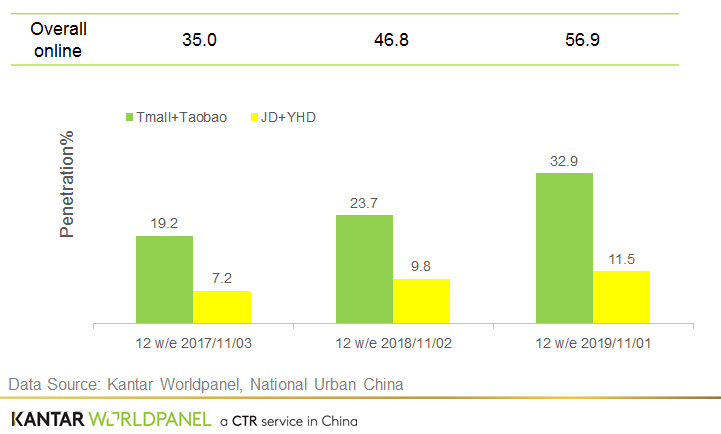